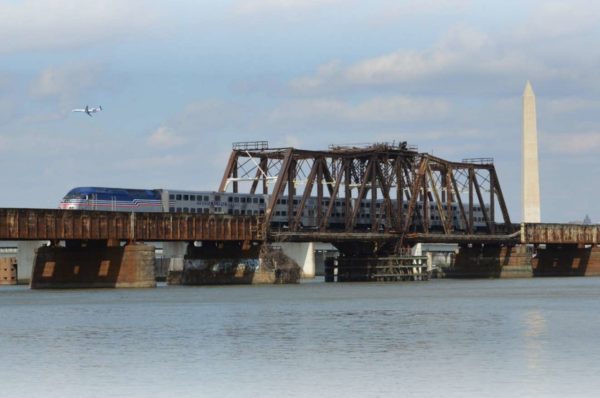 An act of Congress may help to streamline the planned Long Bridge project.

The project to build a new rail bridge across the Potomac, accompanied by new bike and pedestrian facilities, is one of the key components of a $3.7 billion plan to expand passenger and freight rail in Virginia.

To help it along, this week the House of Representatives passed a bipartisan bill that would cede National Park Service land near the river to Virginia or D.C. “as necessary for the Long Bridge Project.” The land transfer would reduce the complexity and cost of the project, as well as the time required to complete it.

The bill still must pass the Senate and be signed into law by the president. Its passage was hailed by Rep. Don Beyer (D-Va.) and the National Landing Business Improvement District as an important step forward.

Some good news: the House just passed the bipartisan Long Bridge Act, introduced by @RobWittman and me, which will advance the Long Bridge project, and eventually yield a new bridge over the Potomac for passenger and freight rail service along with pedestrian and bicycle access. pic.twitter.com/g14lmvQy3c