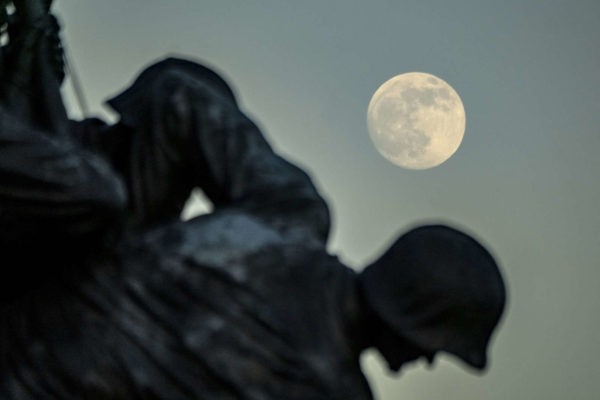 Did False Report Lead to Police Encounter? — “The head of the Arlington NAACP, Julius D. Spain Sr… said he would seek a meeting with Arlington Commonwealth’s Attorney Parisa Dehghani-Tafti and ‘if someone needs to be charged with making a false report, so be it.’ Crutchfield said in his complaint that ‘the neighbor who called the police lied about me taking pictures of the military base nearby to trigger a police response.'” [Washington Post]

Early Voting ‘Here to Stay’ — “Arlington is likely to provide a number of satellite centers for early voting in the 2021 general election – but how many there will be, and where they will be located, remain open questions. ‘Early voting is here to stay,’ predicted county elections chief Gretchen Reinemeyer, briefing Electoral Board members during a Dec. 16 meeting.” [InsideNova]

County May Help With Caucuses — “Find yourself in need of holding an election? The Arlington County Electoral Board soon may be able to help. Board members voted 3-0 on Dec. 16 to move forward on a policy that would allow political parties and, potentially, other groups to rent equipment and use election-office personnel during their own elections… Those doing the renting also would have to reimburse the cost.” [InsideNova]

New Rosslyn Apartment to Be Temporary Hotel — “Penzance Cos. is bringing in a pop-up hotel startup to help fill a portion of its massive mixed-use project on the western side of Rosslyn. Kasa Living is looking to use 100 units at The Highlands at 1555 Wilson Blvd. as temporary hotel rooms, according to a new filing from Penzance with Arlington County planners. The fully furnished apartments will serve as short-term rentals offered up by Kasa for up to seven years.” [Washington Business Journal]

Christmas Eve Scare for Barcroft Residents — “Missile into occupied dwelling… 4600 block of 9th Street S. At approximately 3:56 p.m. on December 24, police were dispatched to the report of destruction of property. Upon arrival, it was determined that the victims were inside a residence when they heard a loud noise and observed an object had been thrown at a window, causing it to break.” [ACPD]