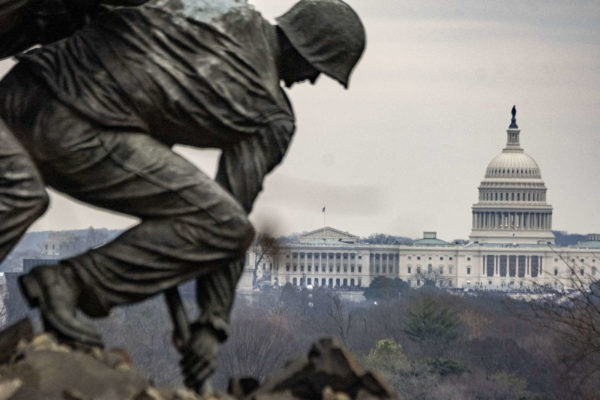 (Updated at 5:05 p.m.) Arlington ambulances have been ordered to avoid transporting patients to hospitals in the District, amid ongoing chaos around the U.S. Capitol.

The broadcast went out on Arlington County Fire Department channels just before 3 p.m.

ARLnow is hearing that additional Arlington police officers are heading to D.C., perhaps as well as officers from other law enforcement agencies. Video shows and at least one witness reports numerous emergency vehicles heading into the District.

As of 3:25 p.m., a convoy of more than dozen Arlington police and fire department vehicles — some unmarked — could be seen heading down Washington Blvd in Clarendon. 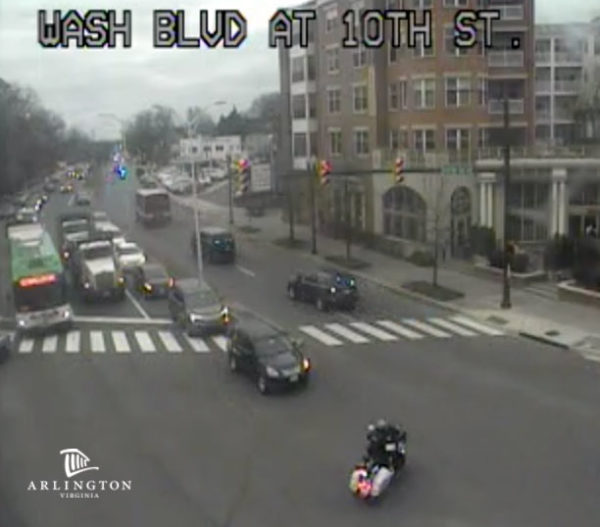 “ACPD does not provide tactical information such as the number of officers deployed,” Savage said. “There has been no change to the deployment of officers to D.C. under the mutual aid agreement with the Metropolitan Police Department.”

The District has instituted a 6 p.m. to 6 a.m. curfew. Arlington County Manager Mark Schwartz, via a spokeswoman, said Arlington has no plans for a curfew. 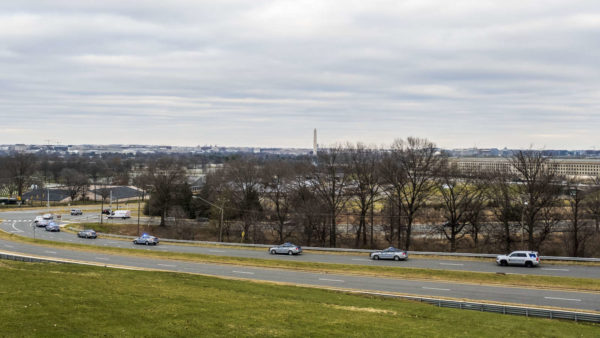 Just before 3:30 p.m., Virginia Gov. Ralph Northam said members of the Virginia National Guard and Virginia State Troopers will be sent to D.C., at the request of Mayor Muriel Bowser. Maryland’s National Guard is also being deployed.

My team and I are working closely with @MayorBowser, @SpeakerPelosi, and @SenSchumer to respond to the situation in Washington, D.C.

Per the Mayor's request, I am sending members of the Virginia National Guard along with 200 Virginia State Troopers.

Arlington’s congressman, Rep. Don Beyer (D-Va.), tweeted just after 4 p.m. that he is “in a safe location” on Capitol Hill.

I am on Capitol Hill following USCP directions to stay in a safe location.

This is a dark and scary moment for our country, but these violent criminals attempting to overthrow our government will not win.

As of 5 p.m., the Arlington County Board was discussing a possible response to security threats in closed session.

I live above I-66, the main highway from Virginia into DC. I just counted 31 emergency vehicles, both police and EMS, on their way to the city. @ARLnowDOTcom #capitol

Today, I'm ordering a citywide curfew for the District of Columbia from 6:00 p.m. on Wednesday, January 6, until 6:00 a.m. on Thursday, January 7. pic.twitter.com/lp6Pt3DcYC