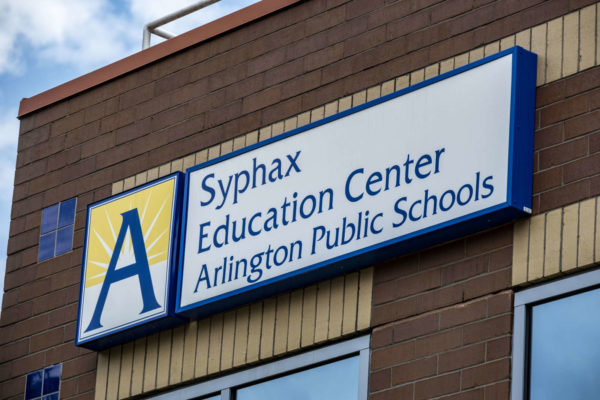 Arlington health officials are working to ramp up the pace of vaccinations, but the effort to vaccinate Arlington Public Schools staff has hit a snag.

School staff are set to receive a COVID-19 vaccine as part of Phase 1b of Virginia’s vaccination effort. But in a memo to APS employees this morning, Superintendent Francisco Durán acknowledged “frustration” over “technology issues [staff] encountered with the appointment process.”

“Arlington rolled out vaccine registration last night around 6 p.m.,” one APS staffer told ARLnow, describing what happened. “Two e-mails were sent and a response was required to both emails in order to set up an appointment.”

“Some staff, however, only received one email and couldn’t register. Some staff — including many assistants already working with students in Level One — didn’t receive either email,” the staffer continued. “And the staff who did believe they had registered last night received an email late last night informing them that the system had crashed and they might not really have an appointment.”

Another tipster told us: “Anecdotally, I only know a couple staff who DID receive the emails from [the health department]. The process is opaque, as we have only been told to expect an email, and we have no idea how scheduling will work.”

A county health department spokesman did not immediately respond to a request for comment this afternoon.

Yesterday, the Arlington County Public Health Department released information about COVID-19 vaccinations and sent emails inviting you to schedule appointments for initial educator clinics being held this Saturday and Monday. I want you to know that we are aware of the technology issues they encountered with the appointment process. I am also aware that some staff may not have received one or both of the emails that were sent by the Health Department. All Arlington Public Schools employee information was provided to the Public Health Department in advance of this process.

If you do not receive a confirmed appointment on one of these two initial dates, you will have other opportunities to make appointments soon. There are additional events being planned soon to meet the high demand.

I am with you in this process and will continue to follow up to ensure it gets resolved.

Some staff members who are already back in schools and working with students have voiced complaints about not being first in line to receive the vaccines. Bellavia said no APS employees are being given priority over others.

“Arlington Public Schools has a significant portion of positions that interface with students from food service to bus drivers to assistants to teachers,” he said. “All employees are provided the same priority since the majority of our employees are school-based and work directly with students.”

APS employees are set to return to school buildings starting later this month.