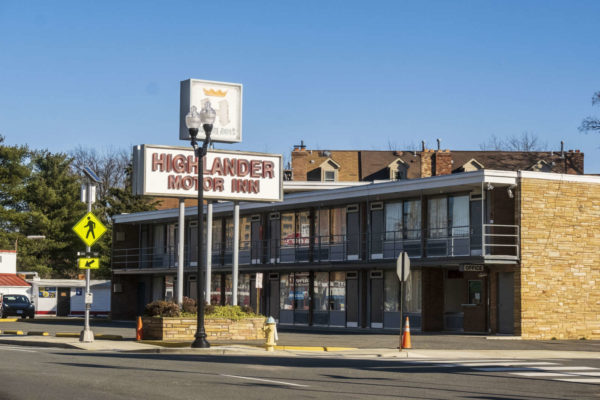 The 57-year-old Highlander Motor Inn is now closed and will be torn down to make room for a CVS store, owner Billy Bayne tells ARLnow.

The two-story motel at 3336 Wilson Blvd, near Clarendon, has been closed since December. Bayne expects demolition to begin on the building in March and the CVS to open in the fall.

This wasn’t unexpected. Plans have been in place since at least 2016 and permit applications were filed in December 2019.

Nonetheless, it has Bayne looking back fondly on the motel that his family has owned since the early 1960s.

“We have a lifetime of memories there,” says Bayne. He remembers spending time with his father at the motel, shooting baskets in the back, and going to Mario’s Pizza next door. He also remembers when local high schoolers had keg parties in the modestly-appointed rooms.

However, he says the motel shutting down and being demolished is ultimately a good thing.

It’s been increasingly hard to make money in the lodging business over the last two decades, Bayne notes, particularly with the rise of discounted rate websites and Airbnb. Plus, given Arlington business and hotel taxes, small hotels have to charge higher rates to stay afloat, says Bayne.

“[Customers] have a choice to stay at the Highlander or a Marriott for a hundred dollars,” says Bayne. “And I can’t compete against that anymore.”

Bayne says he’s leasing the land to CVS, which will continue to provide a revenue stream for him and his children. Bayne declined to provide monetary specifics about the deal, but did say it’s long-term.

In April, Arlington’s Dept. of Human Services rented out the Highlander as temporary COVID-related housing, providing a financial lifeline during an otherwise rough time for the hotel business.

The motel provided “quarantine/isolation space for low-income individuals who were living in overcrowded or congregate settings, and unable to effectively quarantine or isolate,” a department spokesperson told ARLnow this past summer. 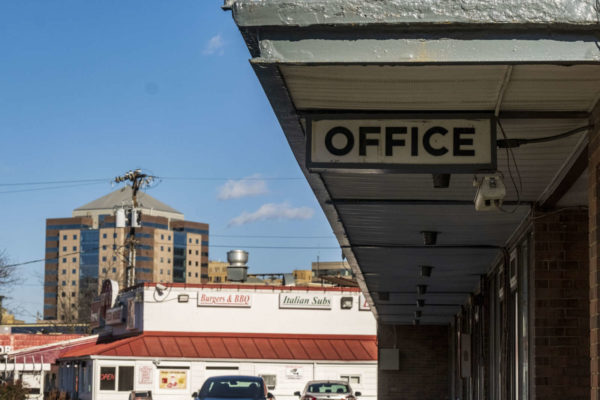 Bayne is effusive in his praise of county officials for working with him, and the fact that they essentially kept the hotel going for another six months. While he charged Arlington a discounted rate, it helped pay the bills.

“[County] workers were all very professional and nice. The county was super,” he says.

The praise is despite years of legal wrangling with Arlington over the development of the property. The legal battles — which Bayne ultimately won after the Virginia Supreme Court refused to hear an appeal from the county — cost him at least $250,000, he says.

But with development finally happening, Bayne’s animosity towards local officials seems to be waning.

“Obviously, I had my differences with them but the county was very good to us,” he says.

As of the moment, he says changing the business’s name is not on his priority list, while adding that “if Bezos wanted me to do it, I would do it.”

The local restaurateur is thinking about retirement but says the pandemic set him back “a few years.” He’s had to dig into savings and sell stocks to weather the storm and will reevaluate his options once his daughter gets through school.

Meanwhile, he’s remembering and expressing gratitude to those that have kept the motel going through the decades. This includes Nettie Harris, head of housekeeping for more than 30 years.

“She was the Highlander Motor Inn, the epitome of the place,” Bayne says. “When I think of [the motel], I think of my father and her. She’s family.”

When asked if he plans to watch the demolition of his family’s long-time business, he was noncommittal. But he will certainly share one last memory in front of the building before it comes down, commemorating the end of an era.

“I’m going to take pictures of it before it happens,” Bayne says. “And there will be one final picture before it gets torn down with me, my wife, and my kids.”