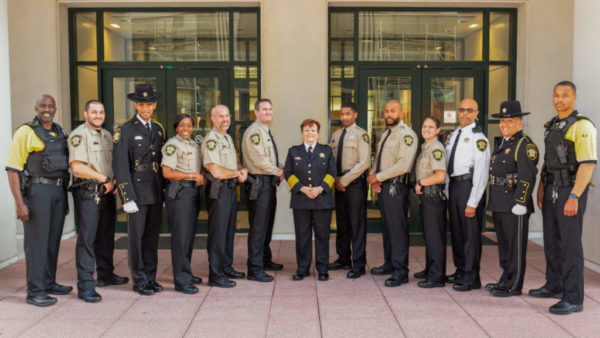 The County Board is slated to accept nearly $118,000 in state funding that would reimburse the County for bonuses to sworn officers in Arlington County Sheriff’s Office.

On Christmas Eve, 222 Sheriff’s Office personnel each received a $500 bonus, after an amendment to the Commonwealth’s 2021 budget passed during a special session last year, according to a county staff report. The bonuses are not intended as a replacement for hazard pay during the pandemic, the report notes.

The bonuses from the state Compensation Board came in lieu of salary increases, Arlington County Sheriff Beth Arthur said.

Arthur said she works with the Virginia Sheriffs’ Association, which advocates sworn officers in the Commonwealth. In Arlington, she said the County heavily subsidizes salaries, but that is not true throughout the state.

“It’s a constant issue at the top of our agenda,” said Arthur, a former association president. She said that while she was happy to give her officers financial assistance, these bonuses do not go as far as salary increases would for those in other jurisdictions receiving little to no local subsidies.

The Board is scheduled to review the County Manager’s recommendation to accept the funding during its regular meeting on Saturday.