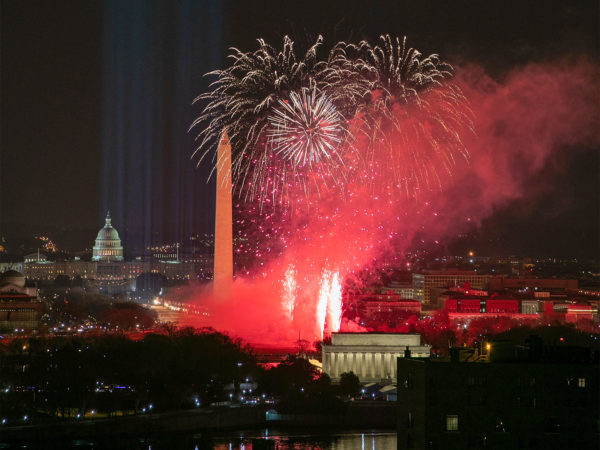 The spectacular fireworks display that unexpectedly capped off the 90-minute “Celebrating America” special on Inauguration Day had some extra oomph for local viewers.

While those in Arlington and across the nation watched the musical tribute on TV, many in the D.C. area could actually hear or see the fireworks from their homes.

And it wasn’t just the usual suspects whose homes overlook the Potomac. As the Capital Weather Gang reported, a weather phenomenon known as an inversion allowed people relatively far from the National Mall to hear the fireworks rumble.

The temperature inversion “‘caps’ the atmosphere, preventing cooler surface air from rising. It also helps turn the lower atmosphere into an echo chamber, allowing sound waves to propagate across long distances,” CWG wrote. “A firework-induced rumbling was heard as far away as Silver Spring, Huntington, Bethesda and Hyattsville.”

We know of at least one family in Reston who also said they could hear it.

Such weather phenomena, however, are fickle, and while someone 15 miles away might have heard it, there were no doubt parts of Arlington that were perfectly quiet.

So this morning we’re wondering: did you hear the fireworks Wednesday night?