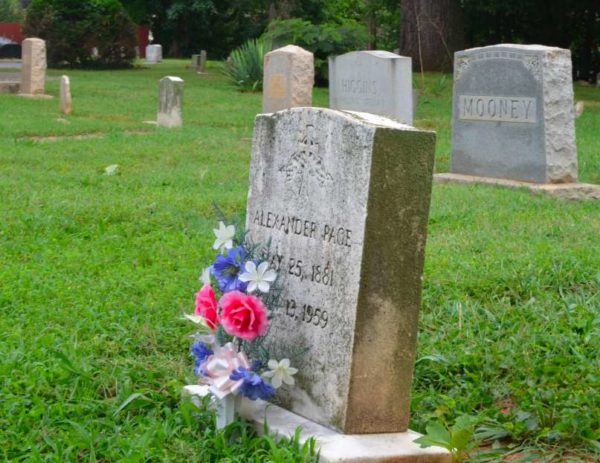 The Mount Salvation Baptist Church cemetery — which served as the final resting place Black Arlingtonians denied access to white graveyards — could be granted a historic district designation by the Arlington County Board.

As part of the consent agenda at its Jan. 23 meeting, the County Board approved advertisement of public hearings to review the designation of the cemetery at 1961 N. Culpeper Street at the Monday, Feb. 8 Planning Commission meeting and at the Saturday, Feb. 20 County Board meeting.

“There are many community members in this church and I’ve been there to listen and pay respects,” said County Board Chair Matt de Ferranti. “This is historic preservation done well to help us remember our African-American community and history. The final resting places in this burial ground, it’s important for us to recognize this for historic preservation.”

The Mount Salvation Baptist Church congregation has gathered in the Halls Hill/High View Park neighborhood since the first church was constructed on the property in 1892. That church was later demolished with a replacement church build in 1975. The earliest marked burial at the cemetery was a woman named Helen Thompson in 1916, but a staff report on the cemetery said there are likely older, unmarked graves on the plot dating back to the church’s founding. There are a total of 89 confirmed burials at the site.

“There are two other historic African American cemeteries in Arlington County that are designated as local historic districts: most of Lomax African Methodist Episcopal (AME) Zion Cemetery in Green Valley and Calloway United Methodist Cemetery in Hall’s Hill,” a staff report said.

The report noted that Mount Salvation Baptist Church was as much of a social gathering place for Black Arlingtonians in the late 19th century and early 20th century as it was a religious institution.

Both the trustees of the church and Arlington’s Historical Affairs and Landmark Review Board support the designation.

Part of the designation could also open the way to a barrier around the cemetery to limit pedestrian through-traffic.

“Church trustees have expressed a desire to discourage casual pedestrian traffic through the cemetery,” the report said. “The installation of a permanent fence around the cemetery would deter such activity; recommendations for appropriate fencing types are included in the accompanying proposed Mount Salvation Baptist Cemetery Local Historic District Design Guidelines.”

Wakefield High School has reportedly been placed in lockdown amid a second-hand, unconfirmed report of a trespasser in the school. The cause for concern is related to a recent shooting…