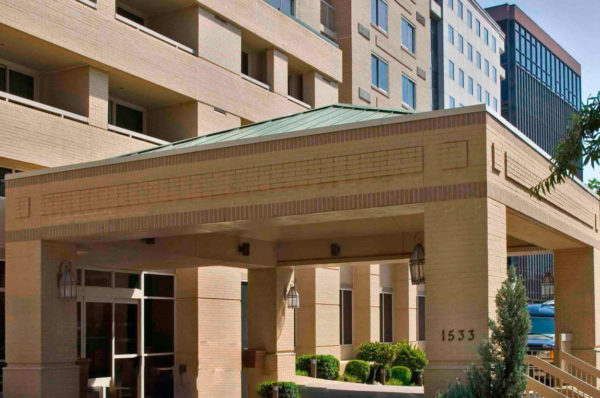 Although management under Marriott International, Inc. ended on Jan. 31, Boston-based Sonesta International Hotels has been preparing for the transition since last year.

While other hotels shut their doors in 2020, Sonesta started opening them. In fact, Sonesta acquired the Rosslyn hotel and 97 other Marriott-branded hotels in October because the hotelier had fallen behind on payments to property owner Service Properties Trust (SVC), the trust said.

“This is a momentous time for the company, underscoring the continued growth and amplifying the long-term success of Sonesta and its branded hotels,” according to Sonesta’s website.

Last fall, after it said it attempted and failed to collect $11 million in missed payments from the hotel chain, SVC ended its 26-year relationship with Marriott. The international hotel chain lost 122 hotels, which together had only generated $2.6 million in eight months.

“We believe that the rebranding of these hotels with Sonesta will benefit SVC as an owner of Sonesta, create greater flexibility in managing these hotels through these challenging market conditions and have a positive impact on this portfolio’s performance in the future,” said SVC President and CEO John Murray in a statement last fall.

Sonesta has experienced 350% growth in less than six months, and will soon have 300 operating properties across seven brands operating in North and South America, Egypt and St. Maarten, according to a press release.

The growth comes amid early signs of recovery in the hard-hit hotel industry. Still, travel is not projected to bounce back fully until 2024, according to some projections.