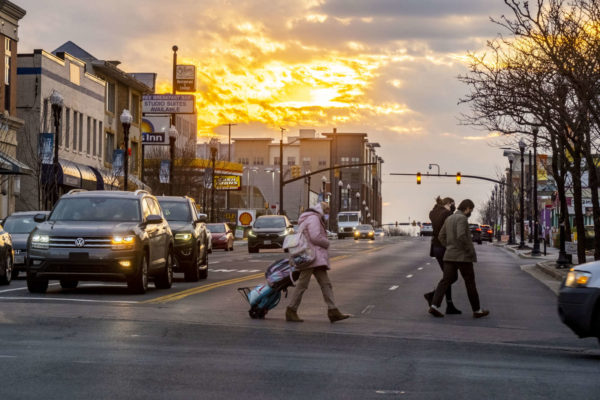 Confusion Over CVS Vaccine Reservations — “The confusion began early Tuesday morning, with people reaching out to ABC7 to express their frustration over the COVID-19 vaccine registration process at CVS pharmacies in Virginia. ‘They didn’t do what they said they were going to do, and it’s just really frustrating,’ said Roxanne Grandis, who’s been trying to make vaccine appointments for her elderly parents.” [WJLA]

Some Kudos For County Vaccination Effort — “Virginia’s been struggling for weeks to administer vaccine doses. Out of the 1.38 million doses the Commonwealth received, officials only injected 1.1 million. That’s roughly 80%. Meanwhile, Arlington County is setting the standard at 97%. How did they do it? With other areas struggling, how did Arlington Public Health succeed on all levels? Local officials say it’s been a team effort.” [The Dogwood]

Arlington Man Running for Governor — “Another Northern Virginia executive is joining the Republican race for governor. Peter Doran of Arlington said Tuesday he is seeking this year’s GOP gubernatorial nomination. It is his first run for office.” [Associated Press]

Arlington Dems Eye High Rises — “Mid-rise and high-rise living represents a large swath of the Arlington population, and ‘many of them are inaccessible to outside groups,’ said Carol Fontein, who heads the robust precinct-operations efforts of Arlington Democrats. As a result, the party aims to recruit those living in multi-family complexes to help with outreach – within the limits set by owners of the properties.” [InsideNova]