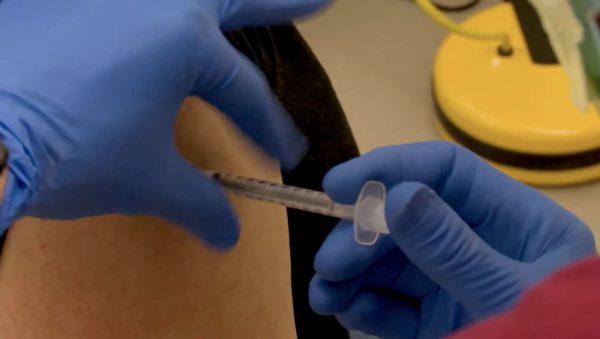 (Updated at 4:45 p.m.) Arlington’s vaccination effort is continuing at a steady pace, but it could still be months before the majority of local residents are eligible to be vaccinated.

As of this morning, 26,180 vaccine doses have been administered in Arlington, and 7,549 people have received both vaccine shots, according to Virginia Dept. of Health data. About 750 doses per day have been administered over the past week. At the current rate of second doses, it would take 481 days to fully vaccinate the remainder of Arlington’s adult population.

With a new one-shot vaccine likely to be approved for use soon, and with the federal government securing more vaccine supply, the rate of vaccinations will eventually quicken. Still, Arlington County Board Chair Matt de Ferranti says it could be months before the vaccine is available for anyone who wants it in Arlington — which, by one account, is around 96% of the population.

“We will get you vaccinated but it will take time. My best guess is 2-3 months to get through 65 to 74 and underlying medical conditions [groups],” de Ferranti said in an email to constituents today. “Another 2 months after that to get to everyone. I think by July 1 or August 1 most everyone will have been vaccinated. I could be wrong, but that is my best guess.”

On Friday, Arlington County started scheduling appointments for the 65-74 age group, after previously focusing on those who are 75 and older or in certain categories of essential workers, like teachers. CVS stores in Virginia, including in Arlington, also started administering vaccines to those 65 and older on Friday.

Arlington is trying to make the most of the vaccine it is receiving from the state, de Ferranti said.

“We received 2,750 vaccines per week, for a total of 5,500 over the last two weeks,” he writes. “Half of those doses go to the 65 and above group. The other half go to those in the essential workers list in [Phase] 1b… Every few days, we will email another group of 2,000 or so from the list to schedule vaccination appointments.” 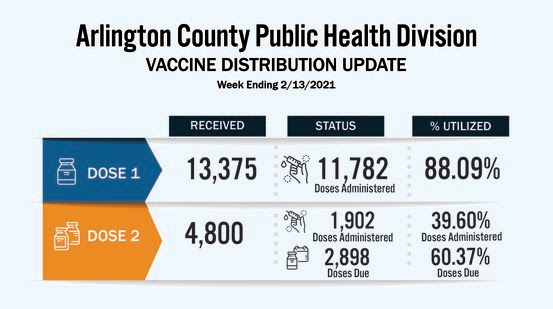 Despite the progress, challenges remain, including getting more people registered.

Another challenge: a switch from a county-run vaccination system to a new state-run system that launched this morning.

“All individuals who have previously filled out a survey or form or signed up for a waitlist to be vaccinated through their local health district will be automatically imported into the new statewide system,” the state said on its website. “Individuals will maintain their current status in the queue, and will be able to search that they are in the new system starting Tuesday morning.”

However, a number of people emailed ARLnow today to report that a search of the new system did not pull up their registration. One Arlington resident who pre-registered three family members with the county said all three were apparently lost.

“I called the state Virginia COVID vaccine phone line (877-275-8343). The agent told me that ‘so many’ are calling with the same problem,” the resident told ARLnow shortly after noon today. “She said the only thing to do is start the registration all over again… going to the bottom of the queue. I asked to speak to a supervisor, was on hold for 30 minutes, then disconnected.”

After more time on the phone with the state health department, the resident said she was told that Arlington County was at fault for the lost registrations, though no proof of that was given.

“To have state… tell me today that our registrations, initially confirmed [on January 15], have been vaporized, in devastating news, especially for my immunocompromised child who lives in a group setting,” the resident said.

Another resident with the same problem said the county told her family that it was a data transfer issue.

“My husband was able to get through to someone in Arlington to verify that they had our January 10th registration, even though it was not reflected in the Virginia database,” she told ARLnow. “They said that they were still working to ‘merge the data.’ So the good news is, the data isn’t lost, it just isn’t where it is supposed to be yet.”

Earlier this morning, a county spokeswoman directed ARLnow to the state for further information on registration problems. Logan Anderson, a spokesman for the Virginia Dept. of Health, said that the agency is working on fixing issues with the site, which crashed shortly after launching this morning.

“There are two ways persons can check their registration status: by using the email address they used to pre-register with their local health department or by a registration number generated by the system the local district used,” Anderson advised. He asked those encountering issues to be patient, noting that “this is a soft launch only and issues such as speed are being addressed.” 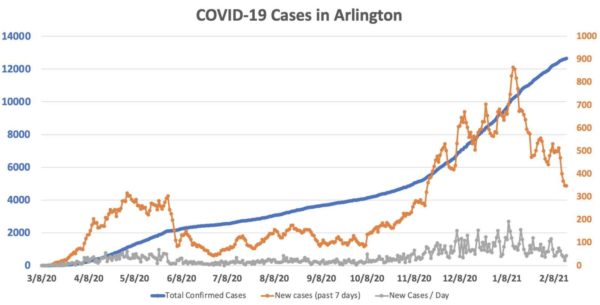 END_OF_DOCUMENT_TOKEN_TO_BE_REPLACED

More Stories
JUST IN: Winter Storm Watch Issued for ArlingtonDC Bike Ride Will Be Back on the Road — Early Bird Tickets Available Now