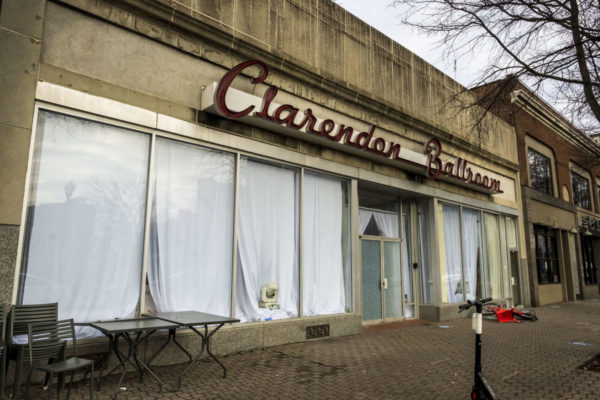 (Updated at 12:15 p.m.) Clarendon Popup Bar, located inside the former Clarendon Ballroom space, is about to shift to its second theme.

The concept bar opened at 3185 Wilson Blvd in time to ring in the New Year with its temporary theme, “Winter Wonderland.” That theme will still be in effect this weekend, but will then be changed over the course of the following week. (An earlier version of this article incorrectly said that it would be closed this weekend.)

“Winter Wonderland was a success and more popular than anticipated,” owner Mike Bramson tells ARLnow. “The next theme is ‘Fire & Ice.’ We don’t want to give anything anyway, so you’ll have to come see it.”

Weather permitting, the rooftop will open in March, he said.

The debut of the “Fire and Ice” theme is set for Thursday, March 4, according to the calendar. In honor of St. Patrick’s Day, which falls on a Wednesday, Clarendon Popup Bar will also have “ShamRock N’ Roll” event on Saturday, March 13.

“For St. Patrick’s Day weekend we are still working out the details, but you can most definitely expect a band and DJ lineup, and of course some green beer,” he said.

The pop-up will be showing games in the NCAA men’s basketball tournament, better known as March Madness, from March 18 to April 4.

“We will be opening early to show the March Madness games on our huge projector wall and TVs,” Bramson said. “Every seat in the house will be able to see a screen.” 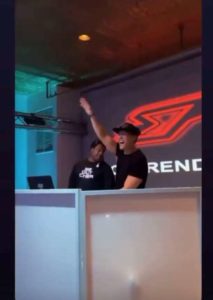 The next round of events will end on April 3 with the Final Four games and a “Fire and Ice”-themed night.

Not everybody has been enamored with Clarendon Popup. An anonymous tipster sent ARLnow Instagram videos inside the venue, showing crowded dance areas and a number of people not wearing masks.

In response, Bramson said Clarendon Popup Bar has been working with the health department to “ensure we are following all necessary regulations and precautions.”

Since opening, he and staff have rearranged the layout “a few times” to adapt to demand. The large indoor space has allowed them to properly distance and section off tables, he said.

“We feel comfortable that we have taken the proper safety measures going into our next theme,” said Bramson. “Anyone not at their table is required to wear a mask and all staff is on top of enforcing that rule.”

The County Board approved Clarendon Popup’s request for a live entertainment and dancing permit in mid-December on the condition that the owners abide by all local, state and federal COVID-19 regulations. 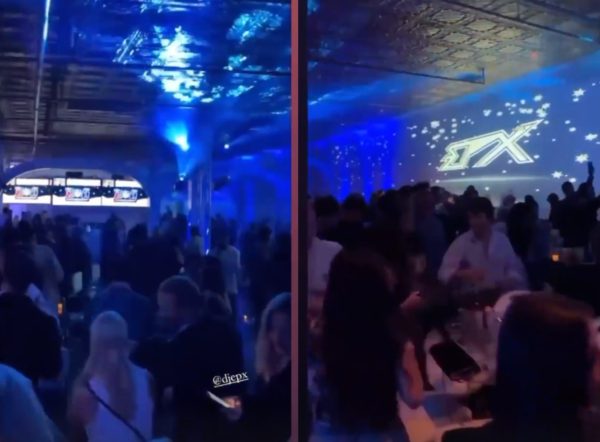