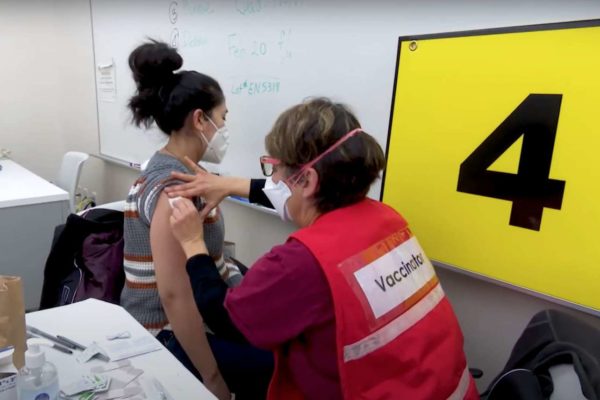 More than 20,000 people have now been fully vaccinated in Arlington County.

That’s according to the latest stats from the Virginia Dept. of Health. But despite the minor milestone, the county’s rate of vaccination lags some of its Northern Virginia peers.

The disparity is despite a recent mass vaccination event and other local efforts. Previously, county officials have said they’ve been constrained by a lack of vaccine supply from the state.

In all, 56,946 vaccine doses have been administered in Arlington, and just over 39,000 people have received at least one vaccine dose. 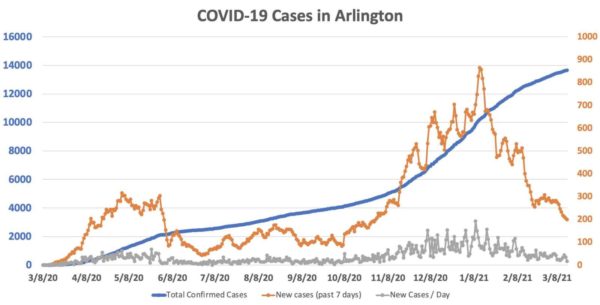 In terms of coronavirus cases, Arlington hit another milestone today: the rolling seven-day total of new cases dipped below 200 for the first time since Halloween. No new hospitalizations nor deaths have been reported in the county since the middle of last week.

Arlington’s test positivity rate has been on a downward trajectory since reaching double digits at the beginning of the year. The rate currently stands at 3.7%.

There is some cause for concern, however.

The first confirmed Northern Virginia case of the South African COVID-19 variant, which is more vaccine-resistant than the current dominant strain, was just reported. And in Europe, which — to an extent — has been a harbinger of what’s to come in the U.S., coronavirus cases are on the rise.

Some experts, on the other hand, say the higher rate of vaccination and prior infection in the U.S. may help avoid a resurgence here, despite loosening restrictions.