It’s coming to my attention that I have a problem with pop culture, namely that I cannot stop referencing it in my everyday conversations. It hasn’t gotten quite to Abed from “Community” levels of bad yet, but I might be on my way.

I find myself particularly immersed in music pop culture, and a lot of my timeframe for those references is the ’80s and ’90s. The impetus for me realizing this was becoming a problem was when I was having a perfectly normal conversation with a coworker this week, and a little light goes off in my head. Next thing I know, I’m searching YouTube for a commercial Nirvana did with Bobcat Goldthwait.

Luckily for me, this ’80s and ’90s pop culture knowledge does leave me primed to understand where a lot of these beers are getting their names these days… 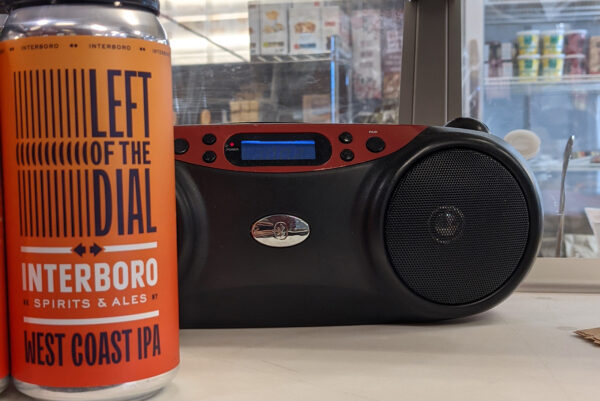 Poring over a beer list these days can sometimes be pretty intimidating. Occasionally you’re presented with a beer that is straightforward and clear about what it is. Take, for example, Hardywood Pils. You’ve got the name of the brewery, the style of beer — and that’s it. Then you’ve probably got your fair share of puns, a few ten-cent words and the ever increasingly more popular short paragraph. But the ones that jump out at me are those names that drop a quarter into the jukebox of my mind.

Just this week we got in a new West Coast IPA from Brooklyn’s Interboro called Left of the Dial, and when I see the can, I can hear in my head the strum of The Replacements. DuClaw just released an orange and vanilla infused IPA called It Was All A Dream-sicle, and there is absolutely no way I can read that without following up with Word Up magazine. 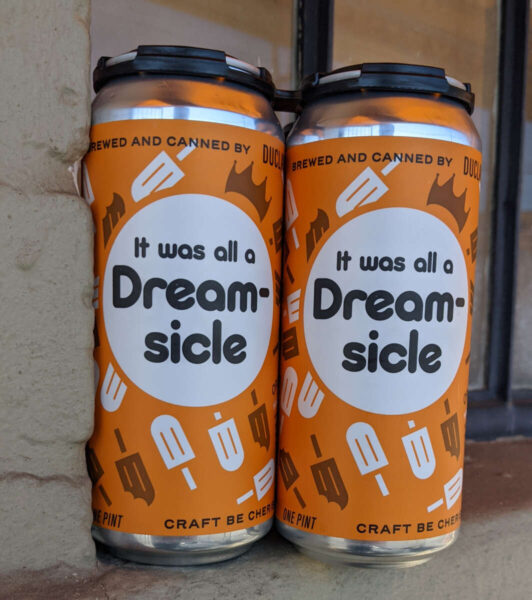 The alternative rock and hip hop of the ’90s I grew up on definitely seems to overlap with brewers, marketers and others involved in the naming process of these beers. You see some folks that might skew a little older — I see you, Bluejacket with your Mexican Radio and Love Cats — and of course the more “of the moment” names as well. You also see someone like Atlas swelling with hometown pride with their Dance of Days Pale Ale, which pairs well with house shows according to the can!

To celebrate a few of the musically inclined beers we have in stock right now, I’ve put together a little Beermonger’s Playlist on Spotify. Feel free to have a listen.

If you’ve got a favorite beer I missed, let me know below. I skipped a few I really enjoy that aren’t in stock now (sadly no Permanent Funeral just yet), but I know there’s some great examples out there.