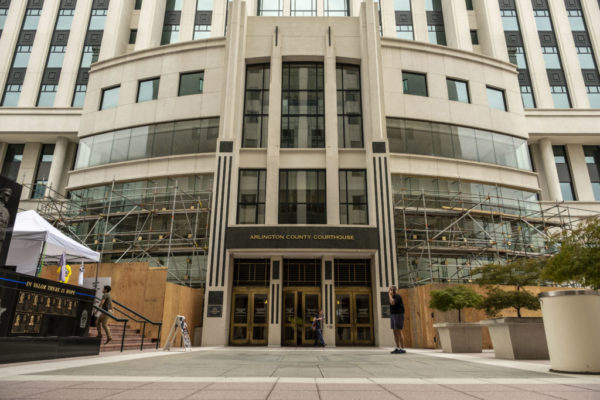 A South Carolina man who forcibly stole a woman’s car and then fled from police has received a nearly four year prison sentence.

On the evening of June 22, 2020, police say Verdell Floyd carjacked a woman in a gas station near Shirlington. According to police, Floyd approached the woman while she was pumping gas “and demanded the vehicle.”

Floyd, then 19, drove into Fairfax County before driving back into Arlington and fleeing from police at a high rate of speed. He later abandoned the car and was arrested after a K-9 search, according to Arlington County police.

The Columbia, South Carolina resident pleaded guilty to felony charges of carjacking and eluding police in January. Last week, he was sentenced in Arlington Circuit Court.

“The court sentenced Mr. Floyd received a sentence at the mid-point of his sentencing guidelines, which requires that he serve an active sentence of 3 years and 8 months to serve,” Arlington Commonwealth’s Attorney Parisa Dehghani-Tafti told ARLnow, in response to inquiries about the case. “The exact sentence was 15 years, with all but 3 years and 6 months suspended on the carjacking charge, and on the eluding charge, 12 months with 10 months suspended. He will be required to engage in supervised probation for 5 years upon release.”

ARLnow also asked about other cases stemming from the rise in carjackings both in Arlington and around the region, specifically seeking stats on such prosecutions in Arlington and comment on how those cases are being handled.

Dehghani-Tafti replied simply: “As for the other cases, we are prosecuting them.”