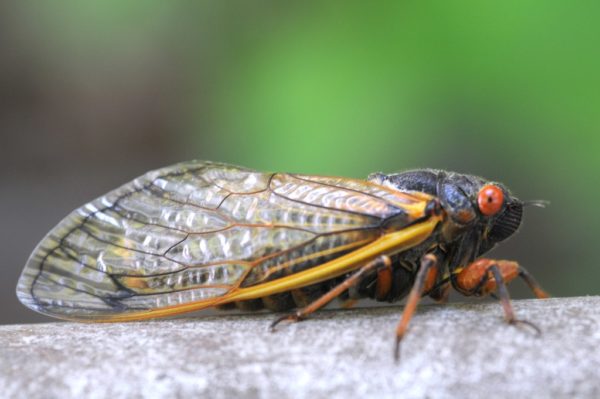 Get ready: the massive, every-seventeen-year generation of cicadas known as Brood X is about to emerge from the soil in Arlington and the D.C. area.

According to the Capital Weather Gang, the emergence is expected to kick into high gear over the next two weeks.

We’ve analyzed soil temperatures and the weather projections and, in our first-ever cicada forecast, predict a noticeable emergence of cicadas next week, starting as soon as between May 3 and 6. Then they should arrive in large numbers by the beginning of the following week, between May 10 and 12.

The swarm and the attendant cacophony of buzzy mating calls is expected to stretch into June.

Though the real action is predicted to start next week, there are already reports of cicadas sightings around the area.

Soon enough, cicada encounters will be unavoidable. But today we’re wondering how many readers have spotted the early birds.