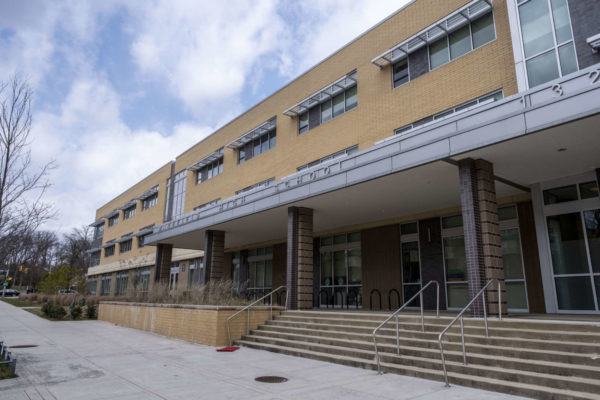 A student allegedly made threats that led to Wakefield High School being placed in “secure the school mode” this morning.

The incident happened shortly before noon, prompting a large police response. It involved a student who was reportedly wearing a bulletproof or similar style vest.

“Just prior to 11:45 a.m., the School Resource Officer Supervisor received a call from a staff member at Wakefield High School regarding a student who had been involved in a physical altercation off school property,” Arlington County Police Department spokeswoman Ashley Savage tells ARLnow. “The student allegedly retrieved what was described as a bulletproof vest and made verbal threats.”

Multiple police units then started responding to the school and looking for the student.

“The SRO Supervisor coordinated a police response and officers located the student, who was a passenger in a vehicle, traveling in the area of S. Frederick Street and S. George Mason Drive and conducted a traffic stop,” Savage said. “The student was detained without incident. As a result of the incident, Wakefield High School was placed on secure the building which has since been lifted. The investigation is ongoing at this time.”

Arlington Public Schools is currently considering changes to its School Resource Officer program. A work group is expected to make recommendations to the School Board next month.