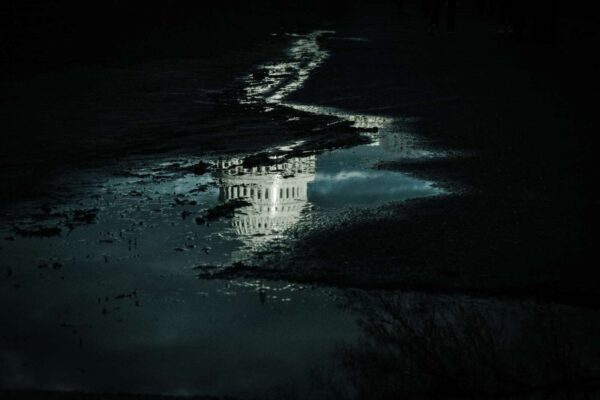 A Wakefield High School student’s digital photo titled “Shadows of Democracy” will be featured in the U.S. Capitol.

Charlie Williams, a senior, noted that he took the digital photo of a reflection in a puddle just weeks before rioters stormed the Capitol on Jan. 6.

“This is a reflection of the U.S. Capitol after a rainstorm,” Williams said, as quoted in a news release. “I was able to capture the detail in the Capitol Dome through the puddle and tried to convey the emotions in the image.”

Williams said his photo represents “an alternate reality which serves as a premonition of what the government can become if democracy falls.”

A panel with the National Art Education Association chose his artwork among dozens of entries for the Congressional Art Competition in Virginia’s 8th District, Rep. Don Beyer said in the same news release.

“Our nation is still grappling with the worst attack on our democracy since the Civil War, and many of the issues raised by the attack on the Capitol still remain unresolved,” Beyer said. “I hope ‘Shadows Of Democracy’ will remind my fellow Members of Congress that our nation continues to wrestle with what happened here, and that our votes and actions reverberate through history.”

It will be displayed in the Cannon House Office Building tunnel, Beyer said, also noting that Williams is the second winner in a row from Wakefield after Kidus Sebil’s photo won the competition in 2020.