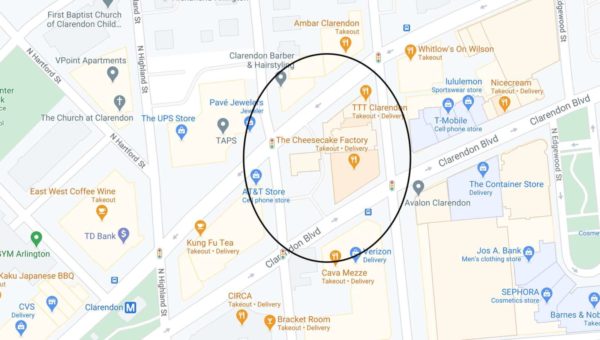 A technology initiative to help Arlington emergency responders — by relying on the heat mapping of crowds — is expected to ramp up next month.

The pilot program looks to equip streetlights with sensors on the 2900 block of Wilson Blvd, feeding information to county emergency operations staff and allowing them to monitor potential incidents while helping first responders.

“This means that emergency responders will have more information and more knowledge about an event when arriving upon a situation,” Holly Hartell, assistant chief information officer for strategic initiatives with Arlington County, said in an email.

The sensors won’t provide images of individuals but instead will help with counting people, bicycles and vehicles, according to the county. The devices in the pilot will also be able to gather changes in temperature, relative humidity and air quality, the county says.

Sketch images will be gathered during a one-week testing period to compare actual crowd sizes to an algorithm connected to the sensors, but no images will be captured after that time, Hartell said. 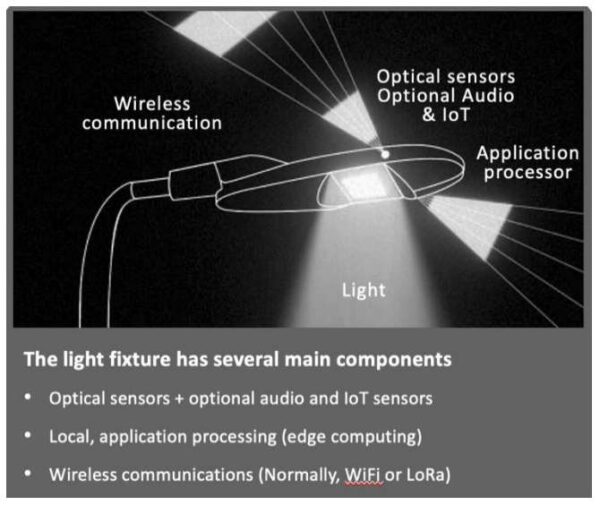 The sensors will be on a wireless network, and non-visual metadata will be anonymized, aggregated and eventually sent to the county’s Open Data Portal and Emergency Operations Center watch desk, a room next to the county’s main dispatch floor that’s typically used for monitoring larger events.

Hartell said the installation and testing of the sensors are scheduled for mid- to late-June. Information gathered by the sensors could be shared on the county’s Open Data Portal as early as this fall.

The project initially considered gathering other kinds of data, such as logging information from nearby Bluetooth-enabled devices like mobile phones, but decided on optical sensors to maximize privacy protection, a county FAQ guide says.

“Arlington County has ownership and full authority over what data is collected,” the county noted in the FAQ.

The county says the technology could improve medical and other public safety response times, as well as awareness of erratic and unexpected incidents.

The project comes through a partnership with Comcast, the nonprofit U.S. Ignite and the state-funded Commonwealth Cyber Initiative.

The yearlong demo could also help county officials consider using the technology at other locations in the future.