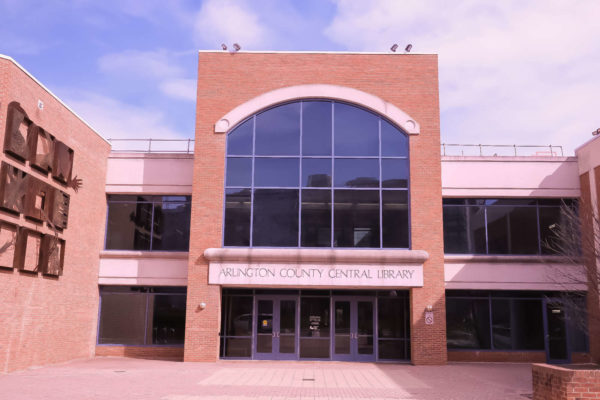 While more Arlington County libraries are re-opening for express service next month, there’s still no set date for a full reopening.

This is due to staff shortages and the lingering effects of the hiring freeze enacted last March, library spokesperson Henrik Sundqvist tells ARLnow. The library system is having trouble hiring amid a “very competitive job market,” which just today set a new record for job openings in the U.S.

“About 20 percent of permanent public service jobs are vacant and in the process of being filled,” Sundqvist said this morning. “The recruiting, hiring and training process takes time.”

“Only 38 percent of temporary employees employed by the library last year have returned or plan to return for the [re-opening],” he added.

The Aurora Hills branch and the newly-renovated Columbia Pike library branch are both re-opening for the first time since March 2020, offering express service starting on Tuesday, July 6. Central Library will expand from holds pick-up only to express as well. The Shirlington and Westover branches reopened for express service back in March.

While express service allows browsing of up to 30 minutes, meeting rooms, seating, and public PCs will remain off-limits. Operating hours, which have yet to be announced, will also continue to be limited.

The Cherrydale and Glencarlyn library branches are currently expected to reopen for express service in the fall.

By contrast, neighboring jurisdictions like Fairfax County and Alexandria recently announced a resumption of most pre-pandemic services and operations.

The lack of available labor is affecting other aspects of library operations, according to a press release.

“The Library is no longer quarantining returned items. However, due to staffing shortage, items may not get checked in for several days after they have been returned in a book drop,” the press release says. “If over 7 days have passed since you returned your library items and they remain on your account, please contact the Library to update your account.”

All branches will stick with express library service until the system “is closer to normal staffing levels,” notes the release.

A number of services and resources that the library normally provides will remain closed.

This includes the Shed — the library’s seasonal garden-tool lending service — which will remain so for the entirety of the 2021 season, but plans to reopen in 2022. Arlington Public Library’s “makerspace” will also remain unavailable until staffing increases.

The Plaza branch remains shuttered due to ongoing renovations and its expansion, making it the only library location out of eight that will not offer express service by this fall.