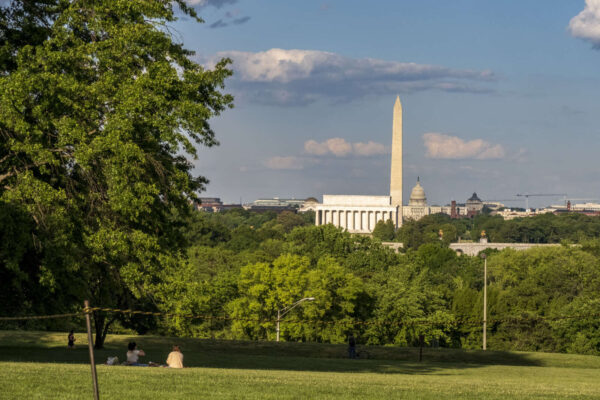 Bye Bye, Brood X — “Have you noticed dead cicadas on the ground, or that the bugs are not chorusing as loud as during past weeks? It’s because cicadas reached peak numbers last week in and around the D.C. area and are starting to die at a rapid rate. In some places, you may be smelling them as they rot away.” [Washington Post, Washingtonian]

Firefighters Awarded for Daring Rescue — “On October 31, 2020, Arlington County Fire Department units, including the technical rescue team, were dispatched to Windy Run Trail for an injured person. Communications reported that a female hiker had sustained injuries after falling approximately 30 to 40 feet down an embankment. Initial reports were unclear as to the exact location of the injured person.” [WJLA]

Reminder: Pike Blues Fest This Weekend — “This year a hybrid three-day Columbia Pike Blues Festival Weekend (Friday to Sunday, June 18, 19 and 20) combines live-streaming concerts and ticketed outdoor performances that will get you back into your summer groove.” [ARLnow]

Update on Local Reality Show Contestant — “What is Bachelorette [contestant] Jason from Arlington up to right this very second? Well, last night he crossed the river into DC to host Zac Clark, his friend and fellow former Bachelorette contestant.” [Washingtonian]

Amazon Helping to Fund Housing — “Amazon will provide $125 million in financing to build or preserve an estimated 1,000 units of affordable housing on Metro-owned land in the D.C. region, the company announced Wednesday. The online retail giant, which stands to receive up to $750 million in cash grants from Virginia if it hires at least 37,850 workers at its new corporate headquarters in Arlington, says it will commit below-market loans, lines of credit, and grants to developers who have joint development agreements with WMATA.” [DCist, Washington Post]

Fairfax County’s Namesake Questioned — “The [Fairfax County] seal is of a different time. Adopted seven decades ago, it bears a version of the coat of arms belonging to Thomas Fairfax, the sixth Lord Fairfax and a slaveholding British loyalist who once owned much of the land that makes up Fairfax County today. As neighboring counties and cities reexamine their logos and symbols, it seems like only a matter of time before Fairfax County faces its own questions.” [Tysons Reporter]