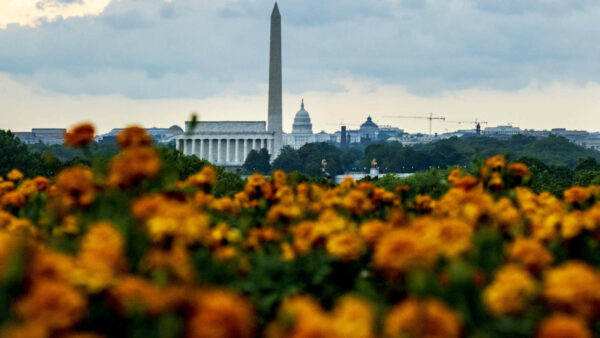 It’s July — Today is the first day in the month of July, named after Julius Caesar around the time of his assassination in 44 BC. Prior to that, the month was called Quintilis. In addition to today being the start of July, it’s also the start of the second half of the year. Expect the month to be especially hot and rainy. [Capital Weather Gang]

New Va. Bike Law Now In Effect — “A new state law requires motorists to change lanes when passing a bicyclist, if the lane of travel is not wide enough to accommodate 3 feet in distance between the motor vehicle and the bicycle. Existing law had allowed, but did not require, a motorist to move into the other lane when passing a bicyclist in order to ensure at least 3 feet of distance.” [Sun Gazette]

ACFD CPR Battle — “Recruit Class 80 was certified in CPR yesterday. Recruits went head to head in partner CPR races. The top recruit team took on the FTA Cadre in a final race. Watch to find out who won! Our manikins give live feedback on the quality of compressions and ventilations.” [Instagram]

ACPD’s LGBTQ+ Outreach — “The unit provides educational outreach to the LGBTQ community on issues of concern to that community, including the types of crime that some LGBTQ people become victims of. Among those issues, he said, are same-sex domestic violence and online dating scams in which criminals pose as a potential dating partner to gain access to a gay person’s home, where they rob and sometime assault the unsuspecting victim. Penn said he was unaware of any anti-LGBTQ hate crimes that have occurred in Arlington in recent years.” [Washington Blade]

CPRO Gets Amazon Donation — “The Columbia Pike Revitalization Organization (CPRO) is pleased to announce a new partnership with Amazon. To kick off this partnership, CPRO has received a generous $25,000 donation from Amazon this month to support three of its upcoming events: the recent Columbia Pike Blues Weekend, the upcoming Columbia Pike Drive-In Movie Nights, and CPRO’s 35th Anniversary Celebration in October.” [Press Release]

Read more →
More Stories
Most Expensive Arlington Homes Sold in JuneMorning Poll: Marijuana Is Now Legal in Virginia, Does That Change Anything For You?