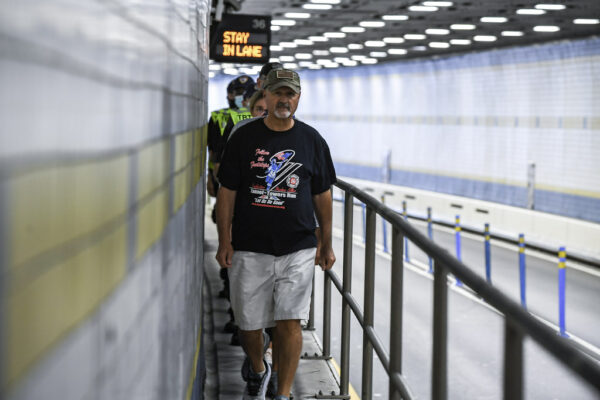 At 8 a.m. on Sunday, a man will embark on a 42-day walk from the Pentagon to Shanksville, Pennsylvania to the World Trade Center in New York City to honor the first responders who risked their lives on Sept. 11, 2001.

The journey is personal for Frank Siller, who is traversing six states and more than 500 miles in memory of his brother, New York firefighter Stephen Siller, who died responding to the terrorist attack. The surviving Siller plans to arrive in Manhattan on Sept. 11.

This year marks the 20th anniversary of the terrorist attack, as well as that of Tunnel to Towers, the organization Siller founded in 2001 to support first responders. The name is in memory of Stephen’s walk through the Brooklyn Battery Tunnel — while carrying 60 pounds of gear — to reach the Twin Towers and save those in the World Trade Center’s North Tower.

In addition to the long walk to remember, Tunnel to Towers will mark the somber anniversary through charitable acts, a concert and a run through NYC.