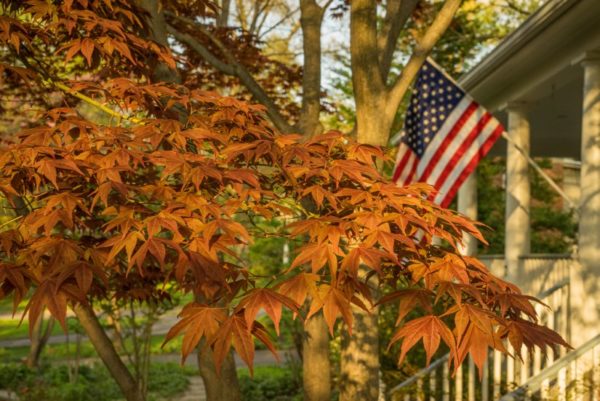 Another week, another stretch of temperatures in the 90s and heat indexes near 100.

It’s been a hot and humid summer in Arlington and the D.C. area. With a predicted high of 93, today will likely be the 41st day with the temperature over 90 (the yearly average is 40).

Yet, the outward signs of fall are there: Oktoberfest beers at the grocery store, football on the television, the return of the Pumpkin Spice Latte today at Starbucks.

(For what it’s worth, the “PSL” arrived a day earlier than last year and a full week earlier than four years ago.)

Pumpkin is back, baby. https://t.co/JJYvqFreth via @USATODAY

ARLnow readers have told us they consider the fall equinox in the latter half of September to be the “real start of fall” in Arlington, as opposed to Labor Day, the first day of September, or the debut of the sweet pumpkin-y goodness at Starbucks. But with a premium put on outdoor activity during the pandemic, maybe this year locals are mentally prepared for an earlier start of fall.

Given the sweltering temperatures, cicadas, itch mites and heavy rains, are you suffering summer fatigue? Would you trade the remaining four weeks of summer for a changeover to cooler and crisper weather? Let’s find out.