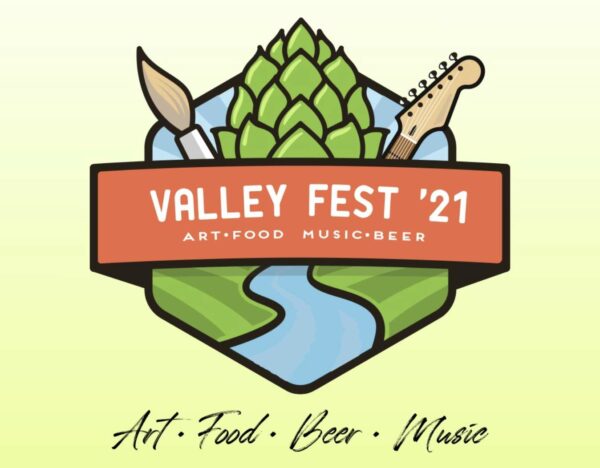 After the pandemic put a fledgling outdoor beer and community event on hold last year, Valley Fest is back.

The festival, organized by New District Brewing Co., will take place from 12-5 p.m. on Sunday in the Green Valley neighborhood, near Shirlington. 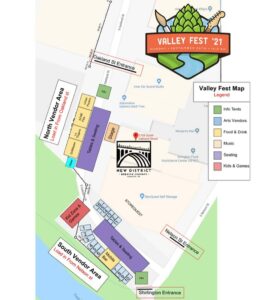 Entry is free, and a pass for three beer tickets — which includes a commemorative pint glass — is $22 the day of the event. Beer will be served inside the brewery (2709 S. Oakland Street) and at a tent in the parking lot.

But forget about trying to get a space in the parking lot: The brewery is advising people to park on S. Four Mile Run Drive, and the county is encouraging people to consider other ways to travel there.

The festival will include kids activities, art, music and food as well as dessert trucks.

Valley Fest started in 2017 as a smaller festival but expanded in 2018 as a plan to replace Capitol City Brewing’s annual Shirlington Oktoberfest after the brewpub closed.

The Arlington County Police Department will close several roads from approximately 9 a.m. to 8 p.m. for the Sunday festival. Closures include:

Parking will be limited around the festival, and area street parking will be restricted with temporary “no parking” signs. Illegally parked vehicles may be ticketed or towed. Those whose vehicles get towed can call the Emergency Communications Center at (703) 558-2222.

The Shirlington dog park will remain open during the event but the parking lot between S. Nelson Street and S. Oakland Street will be unavailable. Pet owners are encouraged to use the S. Oxford Street access point if entering from S. Four Mile Run Drive or the Four Mile Run Trail footbridge when walking from Arlington Mill Drive, police say.