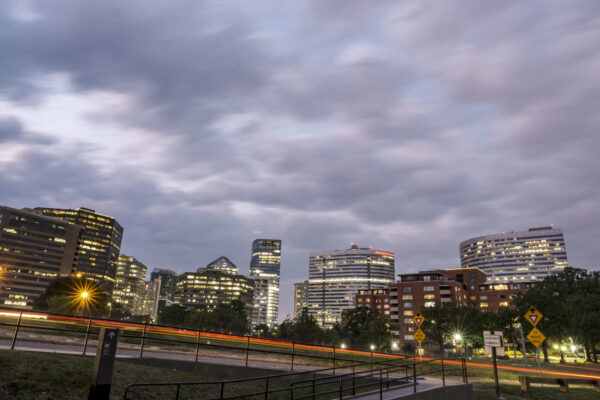 Inner Ear Records Its Last Track — “For the neighbors who first pushed for an arts district, it’s a cruel consequence of their idea — particularly because they wanted to complement, not end, Zientara’s longtime presence on South Oakland Street… ‘Losing a small, yet significant, arts-related business is antithetical to this vision,’ Robin Stombler, acting president of the Green Valley Civic Association, wrote in a letter about Inner Ear to county lawmakers earlier this year.” [Washington Post]

ACFD Rescues Worker in Ballston — “Our Technical Rescue Team responded for an injured individual located several stories below street level. Utilizing a crane on-site for access, the team packaged the individual into a stokes basket to bring topside to an ambulance for transport to an area hospital.” [Twitter]

Route 29 Gets Its Own Print ‘Zine’ — “Arlington Arts and the Department of Community Planning, Housing and Development are pleased to announce the release of a zine that brings the history, stories, and character of Langston Boulevard to life through illustrations by artist Liz Nugent. Created as part of Plan Langston Boulevard, the zine also celebrates the corridor’s new name after John M. Langston.” [Arlington County]

Covid Cases Falling in Va. — “The surge of the Delta variant of COVID-19 is noticeably waning in Northern Virginia and the rest of the state, according to new data from the Virginia Department of Health. Average new daily cases reported in Northern Virginia are down about 12% in the past week, to a seven-day average of 413, although that is still more than double the average on Oct. 1, 2020, before any vaccine was available. Statewide, the seven-day average of new daily cases has fallen 14% in the past week.” [InsideNova]

Nearby: Seven Corners Ring Road? — There are few more self-evident testaments in Fairfax County to the shortsighted follies of 20th century land-use planning than Seven Corners… As part of a larger package of funding requests, the Board of Supervisors voted on Sept. 14 to authorize transportation staff to seek $94.8 million from the Northern Virginia Transportation Authority for the first phase of a “ring” road that will eventually connect the west side of Route 7 to Wilson Boulevard.” [Tysons Reporter]