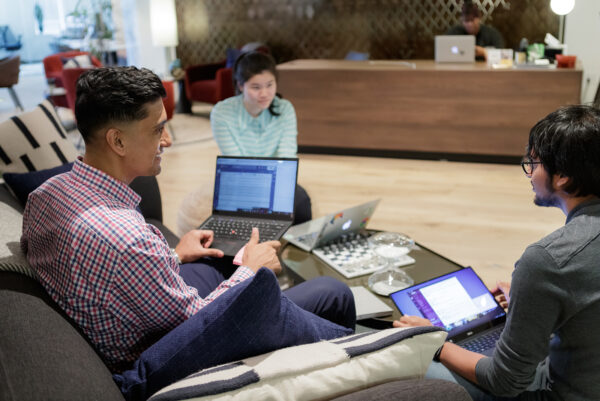 The 2021 calendar year brought continued uncertainty with the COVID-19 pandemic’s delta and omicron variants, growing inflation, and sustained global supply chain issues that impacted many sectors including hospitality, restaurants and construction. On a positive note, Arlington-based businesses continued to thrive with venture capital raises, mergers and acquisitions, and initial public offerings (IPOs) which equate to more commercial leases and employment for the community.

According to data collected from Pitchbook.com and independent media sources, Arlington-headquartered companies were involved in more than 30 deals totaling more than $2.5 billion from venture capital raises, mergers and acquisitions, strategic corporate investments and other activity.

Specifically, venture capital provides investment for startups and high growth ventures that show long-term growth potential which in turn creates a larger industry cluster and generates more employment opportunities in the growing technology sector in Arlington and throughout the region.

In 2021, Arlington companies were involved in 21 venture capital deals totaling over $367.8 million. The most notable raise of the year was Interos’ July 2021 $100 million Series C raise, enabling the company to join an elite group of only 4% of ‘unicorn’ startups not only nationally valued at more than $1 billion but also led by a female founder-CEO. Some other notable raises among Arlington-based companies last year include:

In addition to the dynamic venture capital activity, Arlington companies were also involved in some notable mergers and acquisitions and IPOs.

Despite another turbulent year for business, Arlington-based companies continue to shine in venture activity, which contributes towards establishing the community as a major innovation and entrepreneurial hub nationally. As we continue to see more companies launching, AED is very excited about the prospects of 2022 for startups to raise capital, scale and grow into established companies.

Meet Savage, a 4-year-old classy Chihuahua with a lot of personality who will be the ultimate lap dog and looking for his forever home.

Seventy-eight local individuals, businesses and organizations were recognized as “Covid Heroes” at yesterday’s County Board meeting. More than six dozen locals were honored for having “demonstrated exceptional service throughout the…

The Arlington County Board says it’s on the side of Arlington Public Schools in the battle with the state over mask mandates. Arlington and six other Northern Virginia school systems…

An ongoing redevelopment project on the “Landmark Block” in Courthouse is poised to realize a significant portion of a 2015 vision to transform the neighborhood. But beyond the “Landmark” project…

Read more →
More Stories
Adoptable Pet of the Week: QueenieNEW: Hospitalizations on the rise as Arlington records yet another new Covid record