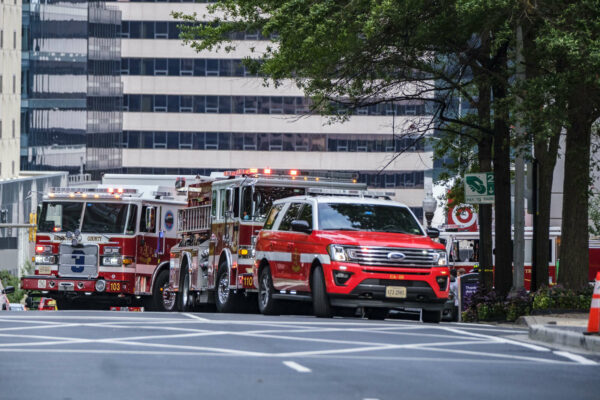 (Updated at 12:05 p.m.) After decades away from the bargaining table, the Arlington firefighters’ union may have to wait a little while longer to negotiate compensation and benefits.

Arlington Professional Firefighters & Paramedics Association are relying on a recently hired labor relations administrator to work double-time so an election can be held by March and negotiations can begin before April, as required by law.

If the deadlines aren’t met, an agreement can’t take effect for the following year.

Drumm said County Board Chair Katie Cristol plans to propose an amendment to the law at the board’s February meeting that would help ease the tight deadlines. Deputy County Manager Michelle Cowan said the amendment would extend the March 1 deadline, allowing negotiations to begin later this spring but still conclude by Oct. 1.

“It is our sincere hope that all members of the County Board join Chair Cristol in making sure firefighters’ voices are heard and we actually have collective bargaining in Arlington County as opposed to just on paper,” Drumm said.

The county appointed an administrator in late December, months after someone should have filled the role, according to the ordinance the County Board passed, leaving less time to get the required steps complete. By March, the new county labor relations administrator has to issue election rules, determine if enough members are interested in being part of a bargaining unit and then order an election.

If a simple majority votes in favor, the union is certified and bargaining can begin.

On July 19th, Arlington County officially received our Petition for Election for the right to collectively bargain. However, due to delays within the County Government, as of now, firefighters have not been able to vote for the union that they have been a part of for decades…. pic.twitter.com/pgekMqHXdH

Within days of Arlington County restoring the ability to collectively bargain, the association sent a letter requesting the election and enclosed a membership roster. It requested the election at the earliest opportunity.

“A voice on the job via collective bargaining has been a stated goal in the union bylaws predating passage of [the county code],” the letter reads. “This shows we have the support of the overwhelming majority of bargaining unit members. This high level of support has been steady for decades.”