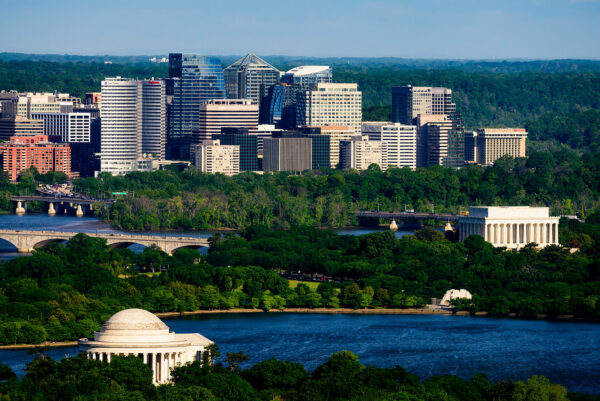 This month Arlington Economic Development is celebrating innovation month — a time to celebrate all the innovative companies that call Arlington home.

Coming off a record-breaking year for venture capital investment in the United States, the first quarter of 2022 showed a lot of promise for Arlington-based companies seeking capital to launch and grow their innovative products and services. In total, Arlington-based companies saw five venture capital raises totaling $129.2 million in funding. Notable raises from this quarter include: 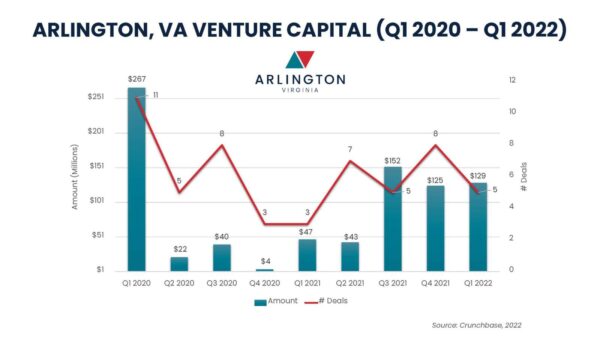 Looking at the North American landscape of venture capital, startup investments declined by 11 percent in the first quarter of 2022, the first decline in nearly two years according to Crunchbase. The most notable decrease comes from early-stage investments (Series A and B).

According to Crunchbase, “Investors put a total of $26.3 billion into early-stage startups in North America in Q1, down 22 percent from the prior quarter.” According to the National Venture Capital Association’s Pitchbook-NVCA Venture Monitor for Q1 2022, Metro DC logged 94 venture deals totaling $1.78 billion this past quarter, up slightly from 95 deals with a total value of $1.1 billion in Q4 2021. Nationally, NVCA estimates that the United States saw 4,822 deals totaling $70.7 billion in Q1 2022.

As the innovation ecosystem continues to grow in Arlington, access to venture capital will remain a critical component to further establishing the community as a nationally recognized hub for innovation in the United States.

END_OF_DOCUMENT_TOKEN_TO_BE_REPLACED

More Stories
Columbia Pike Blues Festival returns this summer, back to be fully in-personHome buying seminar: Make the most of your home search!