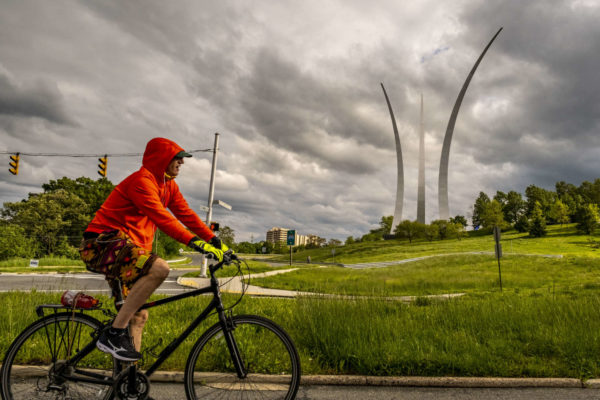 Cyclists will kick into gear on Thursday, Sept. 15 at the Wright Brothers Memorial in Kill Devil Hills, North Carolina. They plan to coast into Arlington on Sunday, Sept. 18 — the day of the 75th anniversary.

The team will hit the home stretch along the Mount Vernon Trail and arrive at the memorial around 1:15 p.m., according to the event’s website.

Military members and civilians are encouraged to ride alongside the team for any of the four days. Those who participate will have to provide their own food and lodging.

Local cyclists looking to join the ride into Arlington can start at the Fairfield Inn & Suites by Marriott Quantico Stafford (2784 Richmond Highway) at 7 a.m. on Sunday, Sept. 18.

Registration is free, but there is a suggested donation of $20 to benefit the Wounded Airman Program. The program has provided more than $625,000 to seriously wounded, ill and injured airmen and their families since its founding in 2011, according to its website.

The U.S. Air Force Cycling Team is made up of more than 140 active and retired members of the Air Force, as well as family members.