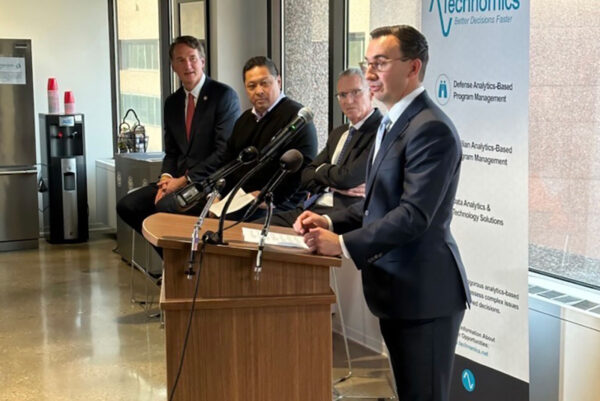 In 2022, there were several challenges facing tech companies and the venture capital community — inflation, a decrease in tech exits and IPOs, rising interest rates, and over 150,000 layoffs in the tech sector.

While all of these factors affected deal size and valuations for tech companies, Arlington’s tech ecosystem saw some exciting deal flow among its businesses.

In addition to the dynamic venture capital activity, Arlington companies were also involved in some notable mergers and acquisitions and IPOs.

Finally, Arlington Economic Development also saw a number of great investments in our community this past year, including:

Despite the challenges of the past year, it’s clear that Arlington-based tech companies continue to launch and grow, creating several opportunities for employment growth in Arlington and Northern Virginia.

In 2023, AED is excited to continue the momentum of creating a welcoming environment for the tech community to raise capital, launch and grow businesses.

END_OF_DOCUMENT_TOKEN_TO_BE_REPLACED

More Stories
Police investigating after student attacked by group outside of Kenmore Middle SchoolHome Buying & Selling Seminar: How to do both at the same time!