Last week we asked the six Democratic Arlington County Board candidates to write a sub-750 word essay on why our readers should vote for them during the June 9 primary. Two County Board seats are up for grabs this year.

Here is the unedited response from Andrew Schneider:

When you run for office and knock on doors, you start to hear the same questions over and over.  Why are you running?  What are your priorities?  How are you different from the other candidates?

Why am I running?

I am running because Arlington is facing two concurrent challenges that must be addressed aggressively and creatively.  The first is our rapidly growing school population. Where we put these kids and how we pay for them is fundamental to the future of our County.  The second challenge is what’s happening with our economy – the high vacancy rates, the impact of BRAC, increasing regional competition, and the changing nature of office space and work.  As an Arlingtonian and as a candidate I have thought how these issues are interconnected and how I can make a difference in each of these areas.

How am I different than other candidates?

The candidates that I am running against are all good people and we share many of the same values.  I like to answer this question through three criteria 1) Values 2) Experience and 3) Leadership style.

From day one of this campaign, I have run as a candidate who will listen, work hard, and do what I can to address the challenges that we face as a County.  I promise to never talk down to voters, to always have an open mind, to always think creatively and innovatively, and to always reply to funny, snarky, and creative GIFs in the comment section of arlnow.com

To learn more about me, see a list of Arlingtonians who have endorsed me, and to watch my campaign videos, please visit www.andrewforarlington.com

I’d be honored to earn your vote on Tuesday. 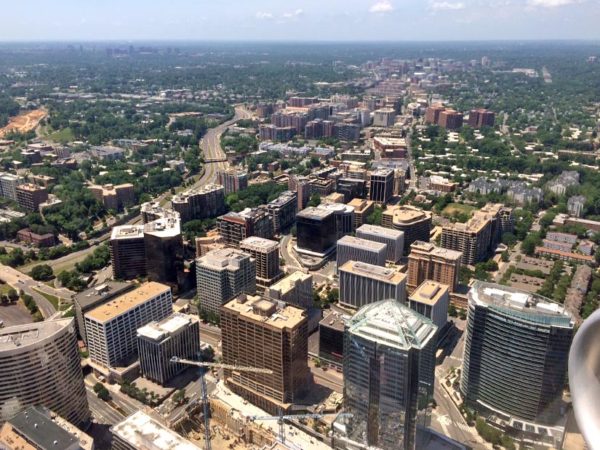 Parents Located After Boy Found Wandering — A social media post helped Arlington County Police located the parents of a boy found wandering along on 4th Street N. Saturday afternoon. The parents said they both assumed the boy was with the other parent. [WJLA]

History Center Profiled — Interested in Arlington history? Not too surprisingly, the place for you is the Center for Local History at Arlington Central Library. The center has books, photographs, oral histories, permit records and other local historical resources. [Washington Post] 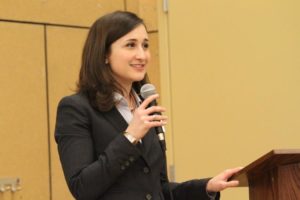 The six Democratic candidates for Arlington County Board are all pushing plans to increase affordable housing and encourage more mixed-income neighborhoods in the county.

Each candidate, in their responses, declared affordable housing a strong priority, and vowed solutions to make it easier for lower-income individuals to find a home in the county. Many of the responses touched on the same themes — public-private partnerships as a solution, the county’s lack of land as an obstacle — as the candidates try to distinguish themselves for the two open seats on the Board.

Cristol, the youngest of the candidates, said she would advocate for creative solutions, like the planned WeLive space in Crystal City and making it easier to build additions in single-family homes. The Columbia Pike resident also vowed to protect the affordable housing policies already on the books, like the Affordable Housing Ordinance, which requires developers to contribute affordable units or money to the Affordable Housing Investment Fund if they want to build more density than otherwise allowed by zoning. 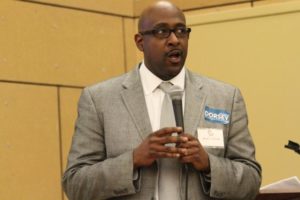 “Employers consider a community’s ability to house its workforce a critical factor in determining where to locate their business,” Dorsey wrote. “Moreover, since housing is the biggest line item in the budgets for most families, reducing housing costs yields increased income that can be spent on goods and services–increasing demand and thus business sustainability.”

Peter Fallon, who is trying to capture the Democratic nomination for County Board for the second time after losing to Alan Howze in the special election primary last year, said part of the problem with implementing affordable housing problem is the messaging — many people don’t understand why it’s a key issue. 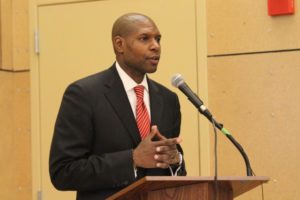 School Board Chair James Lander said he wants to “implement key components” of the Columbia Pike Neighborhood Plan — which calls for the preservation of 6,200 affordable units along the corridor — as a way to spur the development of mixed-income neighborhoods throughout the county.