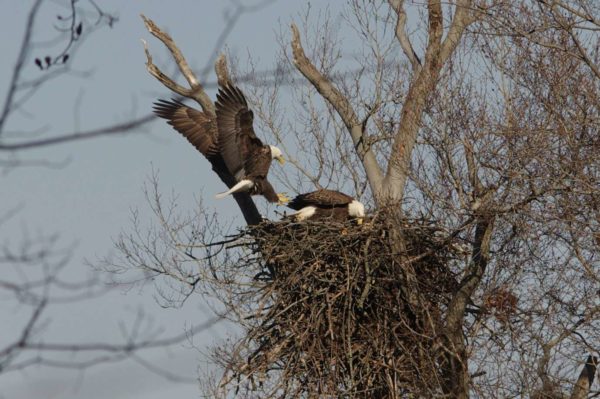 Dorsey Steps Down from Transportation Board — “The Arlington County Board forced member Christian Dorsey to step down from a second transit board Saturday over a campaign donation from Metro’s largest union, and he apologized for misleading statements he made last month suggesting that he had already returned the money. Dorsey (D), who was reelected to the board in November, said he has sent back the $10,000 donation to the Amalgamated Transit Union and agreed to resign from the Northern Virginia Transportation Commission.” [Washington Post]

Firm Floats Less Parking for HQ2-Adjacent Park — “The green space adjacent to the first pair of Amazon.com Inc. HQ2 towers could be so much grander if it weren’t for some redundant on-street parking. That is what New York-based James Corner Field Operations, the urban design and landscape architecture firm Amazon has enlisted to mold Metropolitan Park’s open space, said Thursday night during the first step of the park master planning process… the site has roughly 50 on-street parking spaces, but there is a significant number, about 350, of underused below-ground spaces.” [Washington Business Journal]

Iwo Jima Restoration Is Complete — “This Sunday, Feb. 23, marks 75 years since brave Marines raised the American flag over Mount Suribachi on Iwo Jima. The U.S. Marine Corps War Memorial, which depicts the historic moment, has been completely rehabilitated… The rehabilitation of the sculpture and surrounding parkland, the specially designed onsite exhibits and the new videos were made possible through a generous $5.37 million donation.” [Press Release]

‘Ball Cap Bandit’ Sentenced — “An Arlington man was sentenced today to five years in prison for robbing two Falls Church pawn shops of nearly $800,000 in jewelry and watches. According to court documents, in July 2014, Budder Khan, 30, entered Route 50 Gold and Jewelry Exchange, forced the store’s employees to the ground using what appeared to be a real firearm, smashed the business’s glass display cases, and took jewelry and watches worth over $650,000.” [Press Release]

Good news if you take your kids to play at Edison Park (213 N. Edison Street) in the Arlington Forest neighborhood: Arlington County is planning to put $822,166 of renovations into the park.

On Saturday, Feb. 22, the County Board is scheduled to vote on funding the project. The total proposed allocation is $904,383, with $82,216 set aside as a contingency.

A map of planned improvements shows a new swing set and playground at the center of the tiny park, with a seating area to the west and a toddler play area separated from the main playground.

The far east end of the park, past a grassy open area, is planned for reforestation.

The plans for the park were endorsed by the Arlington Forest Civic Association last April.