Fares for Arlington Transit and Specialized Transportation for Arlington Residents could increase next month, subject to County Board approval.

The plan would raise the ART adult bus fare from $1.75 to $2 and the ART discount fare for seniors, students and people with disabilities from 85 cents to $1.

All fare increases would go into effect on June 25.

Under the proposal, ART’s iRide program offering discounts for teens would be extended to elementary school students, while the program allowing free use of ART by personal care attendants accompanying MetroAccess-certified riders would also be extended. ART adult fare tokens would also be withdrawn from circulation, and could then be exchanged for Metrobus tokens or added to a SmarTrip card.

The fare rise would be in line with Metro’s decision to hike its Metrobus fares at the same level, and would offset increased operating costs of 6 percent for ART and 5 percent for STAR.

A report by county staff notes that other bus systems in the area like Fairfax Connector and Montgomery County’s RideOn have upped fares in line with any Metrobus increases.

Staff recommended the County Board adopt the proposed change at its recessed meeting on Tuesday. 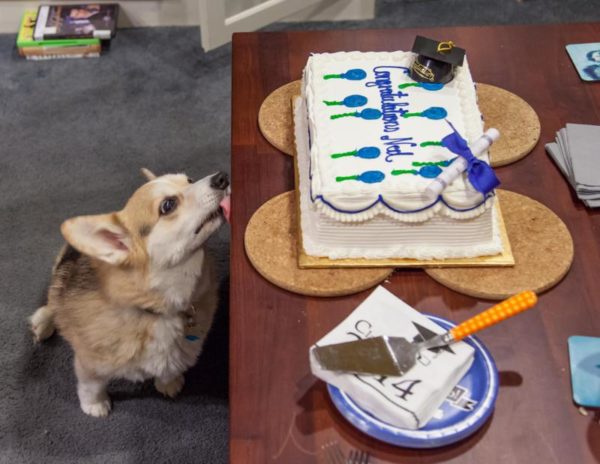 Rip Sullivan Running for Delegate — Richard “Rip” Sullivan is the first candidate to announce his candidacy to replace the retiring Del. Bob Brink. Sullivan, a Democrat and a Fairfax County resident, said he’s running “to fight the Tea Party Republicans trying to roll back social and economic progress in Virginia.” [Rip Sullivan for Delegate]

Metro Fare Increase Takes Effect — Metrorail fares have been raised an average of 10 cents as of Sunday. Other changes include hikes to Metrobus fares, MetroAccess fares and Metro parking rates. [WMATA]

Arlington-Based Agency Works to Foil Hackers — Reporters were recently given a tour of the National Cybersecurity and Communications Integration Center, a Department of Homeland Security-run hub for the U.S. government’s coordinated response to cyber attacks. The highly secure and classified office is located in a “non-descript” office building in Ballston, above a chain restaurant. [Bloomberg, InformationWeek]

‘Airbnb for Boats’ in D.C. — A service called Boatbound has launched in the D.C. area. It allows boat owners to rent out their boats to non-boat owners. The going rate for most boats on Boatbound is $200-500 per day. [Washington City Paper]

Will a new round of Metro fare hikes convince more commuters to drive?

“Even with a three percent average increase, area commuters will still save by using public transit after doing the math,” said John B. Townsend II, AAA Mid-Atlantic’s Manager of Public and Government Affairs. “After adding up the costs of driving and parking, commuters will often find that public transit is a more economical way to get to work and stick with Metro.”

For instance, AAA says a commuter who drives to work in downtown D.C. from Alexandria pays about $500 per month in vehicle costs, gas and parking. Someone who parks and rides from the Huntington Metro station will pay about $330 per month after the fare hike.

Will the new Metro fare hikes convince you to drive rather than taking public transportation?

The cost of riding Metrorail and Metrobus is going up, starting Sunday (July 1).

In order to encourage riders to utilize SmartTrip cards, there will also be new a $1 surcharge for riders using paper fare cards.

As part of the changes, WMATA is eliminating its 20 cent “peak-of-the-peak” Metrorail surcharge. More information, including the fares for seniors and people with disabilities, is available on the Metro website.

Arlington Transit (ART) bus fares, meanwhile, will remain $1.50 for adults and $0.75 for seniors, people with disabilities, and teens with student ID. Due to the Metro fare increases, however, ART will be imposing a 5 to 10 cent transfer fee for those transferring to Metrobus.

Metro has has drawn up a fiscal year 2013 budget and has plans for another fare hike this summer. But before pushing forward with these two measures, the agency wants to hear your input at a series of meetings.

Meetings start tonight and will be held throughout the region, with Arlington’s taking place next Monday, March 5. An open forum will begin at 6:00 p.m. in the cafeteria at Washington-Lee High School (1301 N. Stafford St), and the public hearing will begin at 7:00 p.m.

The open forum will have several stations to provide information to the public. Tables staffed by senior workers of Metrobus, Metrorail, MetroAccess, SmarTrip and police will be set up to give specific information and answer individual questions. In another area, a video presentation will be shown regarding Metro’s rebuilding program. There will also be a station with computers where participants can take an online survey and submit comments about Metro’s priorities.

In looking at the breakdown of the $116 million increase in the budget, Metro reports that $61 million is needed for higher expenses for existing operations. Half of that is due to the higher cost of fringe benefits, such as health care and pension benefits. The other half is due to an increase in contracted labor costs. The remaining $55 million is for improvements in safety, security and reliability.

The budget would cover projects designed to bring Metro in line with some NTSB recommendations, such as upgrading the signal system and replacing the oldest rail cars. Track rehabilitation and replacement of the system’s escalators and elevators is also planned.

Along with the fare increase, Metro plans to simplify the fare structure and do away with the current “peak of the peak” pricing, which was deemed too confusing. The Metro Board is expected to act on the budget in June, and fare changes are expected to go into effect on or around July 1. 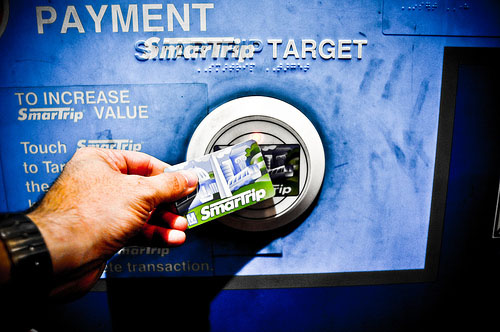