For the third consecutive year, Democratic lawmakers and gay rights activists are mounting efforts to end conversion therapy for children under 18, a practice that attempts to change individual’s sexual orientation or gender identity.

The state bill, pre-filed by Del. Patrick Hope (D) this month, would bar healthcare providers or individuals involving with counseling in a profession licensed by the Dept. of Health Professions from trying to change the child’s sexual orientation.

Hope said he wants to protect children who are not mature enough to choose the potentially dangerous treatment for themselves. The practice is banned in Washington, D.C. and four states.

“Conversion therapy is based on the false assumption that homosexuality is a mental disorder or a sin. Well, it is not. There is no on/off switch to sexual orientation,” he said in a statement.

Advocacy organizations like The Trevor Project and the American Civil Liberties Union of Virginia are backing the bill to end a practice they say is dangerous and discredited. The practice rests on the assumption that homosexuality is a mental illness and requires therapy. Major mental health organizations like the American Psychiatric Association have also denounced the practice.

Similar legislation introduced over the last two years failed. Last year, proponents of conversion therapy like the National Association for Research & Therapy of Homosexuality testified that conversion therapy does not interfere with a gay teenager’s freedom of choice to undergo therapy. The bill died in committee by a 7-8 vote last year.

Hope aims to court support across the aisle this year. “This is an issue Republicans and Democrats can agree,” he said in a statement.

If approved, the change would not affect counseling that attempts to help children undergoing gender transition, services that help children explore their development and interventions to prevent unsafe or unlawful sexual practices. 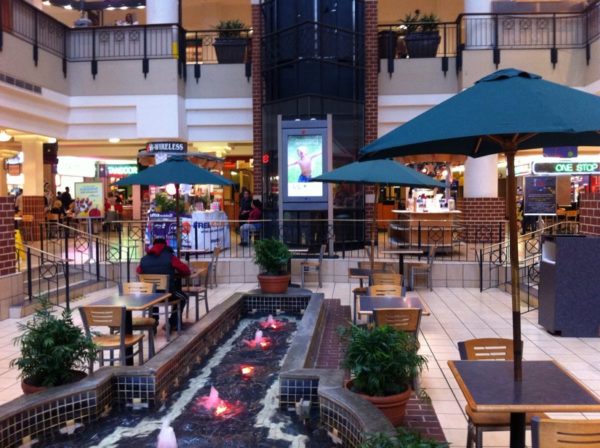 Arlington Same-Sex Marriage Stats — Over the past year, same-sex marriages have accounted for 7.2 percent of all marriage licenses in Arlington County. [InsideNova]

Suburban Pols Rail Against I-66 Tolls — Lawmakers from the outer Northern Virginia suburbs are calling VDOT’s proposal to add tolls to I-66 “highway robbery.” Said a Republican state lawmaker from Manassas: “Asking commuters from Prince William, Manassas, Fairfax and Loudoun to pay such an outrageous amount for the privilege of sitting in the same unmoving lanes of traffic so Arlington can have nice new bike paths is unconscionable.” [InsideNova]

British School Choir Coming to Arlington — The IPS singers, a school choir from London, will perform “sacred choral works by famed composers” at the Church at Clarendon (1210 N. Highland Street) next Friday, Oct. 16, at 7 p.m.

Arlington Bros Create ‘B.R.O. Ball’ — Two federal contractors from Arlington, along with a third partner, are trying to raise $75,000 on Kickstarter to make a football with a waterproof Bluetooth speaker inside. They have dubbed the ball the “B.R.O. Ball.” [Washington Business Journal] 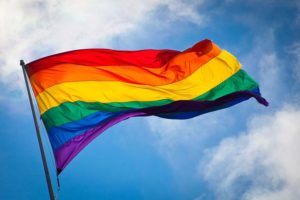 (Updated at 6:20 p.m.) Local officials and politicians have spoken out in support of this morning’s historic Supreme Court decision legalizing gay marriage in all 50 states.

The 5-4 ruling was almost immediately decried by the Catholic Diocese of Arlington, but others in the county have enthusiastically endorsed the landmark decision.

Board member Jay Fisette, who in 1997 became the first openly gay elected official in Virginia, said he was overjoyed by today’s ruling.

“I had absolutely no idea that this day would come in my lifetime — let alone while I was still in office,” said Fisette. “The Court’s action validates the lives of millions of Americans, reinforces the value of equality to our nation, and puts us in step with the civilized free nations on the planet.”

Board member Libby Garvey echoed Fisette’s excitement about the Supreme Court decision, telling ARLnow that she was delighted by the news and had “been exchanging happy texts this morning with my sister and her wife and other family.”

In a statement today, Virginia Attorney General Mark Herring called the vote “an extraordinary moment in our nation’s recognition that Americans cannot and will not be denied dignity, rights, and responsibilities, including those of marriage, simply because of who they love.”

“I am proud we put Virginia on the right side of history on this issue,” Herring said, referencing the fact that gay marriage has been legal in Virginia since 2014. Herring held a press conference about marriage equality outside the Arlington County courthouse this afternoon.

Don Beyer, member of the U.S. House of Representatives for Virginia’s 8th district, also issued a statement this morning in which he applauded the Supreme Court and called the nationwide guarantee of marriage equality a “watershed moment in American history.”

“Gay rights are human rights and today we have ensured that all Americans, regardless of their sexuality, have the right to share the rest of their lives with the person they love,” said Beyer. “I could not be prouder to stand with my LGBTQ constituents and celebrate this incredible moment.”

Several of the area’s gay pride groups have upcoming events where residents can celebrate. The Arlington Gay and Lesbian Alliance is hosting a Pride Month Social this Sunday evening from 4:30-7:30 p.m. at Freddie’s Beach Bar & Restaurant (555 23rd St S.), and NOVA Pride has a SCOTUS Ruling Happy Hour scheduled for Monday night at A-Town Bar & Grill (4100 Fairfax Drive) from 5-10 p.m.

Arlington officials cautioned that this ruling only deals with one aspect of discrimination against the LGBTQ community, however. According to Fisette, the next big LGBTQ issue facing the nation is employment discrimination, and though some local governments — like Arlington’s — prohibit hiring discrimination on the basis of sexual identity, many still don’t.

“In most states, including Virginia, it is legal to fire someone simply because they are gay,” said Fisette.

Delegate Patrick A. Hope of the Virginia General Assembly agreed with Fisette, saying “Tomorrow, we must continue our efforts to end LGBT discrimination in other areas, such as in workplace, with the goal to treat every American fairly and equally.”

Bishop Paul Loverde, the head of the Catholic Diocese of Arlington, has issued a statement opposing today’s 5-4 decision by the Supreme Court to legalize marriage in all fifty states.

The Catholic Diocese of Arlington represents most of northern Virginia in the Catholic Church. Loverde released his statement along with Bishop Francis DiLorenzo of the Richmond diocese.

The full statement is below:

Today, the U.S. Supreme Court ruled that the Fourteenth Amendment to the U.S. Constitution requires states to issue marriage licenses to two persons of the same sex, and requires a state to recognize as marriage the union of two people of the same sex when it was lawfully licensed and performed out-of-state.  We are deeply distressed by this decision which fails to uphold marriage as the union which unites one man and one woman.  This fundamental institution, grounded in natural law, predates any religion or nation.

All persons have inviolable dignity and deserve love and respect. Unjust discrimination is always wrong. However, our commitment to marriage is a matter of justice and fidelity to our Creator’s original design. Marriage is the only institution uniting one man and one woman with each other and with any child who comes from their union. Redefining marriage furthers no one’s rights, least of all those of children.

As Bishops, we believe it is more vital than ever that we share the Church’s consistent witness to the truth about marriage, and we call on Catholics and those concerned for the common good to continue to pray, live and speak out with charity about the true nature of marriage. The truth cannot be marginalized.

We will join with our brother bishops from across the country when we shortly share an additional statement from the U.S. Conference of Catholic Bishops, which will provide further analysis.