(Updated at 9:30 a.m.) Someone died in Lacey Woods Park, prompting a police investigation.

The park at 1200 N. George Mason Drive, west of Ballston, includes wooded trails, athletic fields and courts, and a popular playground. Police tape could be seen across the entrance to one of the trails.

Arlington County police tweeted just before 8 a.m. that “there is no known threat to the community related to this incident.” Police are still on scene investigating the circumstances of the person’s death.

ACPD spokeswoman Ashley Savage told ARLnow that “the death does not appear suspicious.”

“Cause and manner of death will be determined by the Office of the Chief Medical Examiner,” she said.

Firefighters were dispatched to the park around 9:15 a.m. to assist with a cleanup at the scene.

ACPD is conducting a death investigation in the 1200 block of N. George Mason Drive. Based on the preliminary investigation, there is no known threat to the community related to this incident. Expect continued police activity in the area. https://t.co/6yFgVl84oz 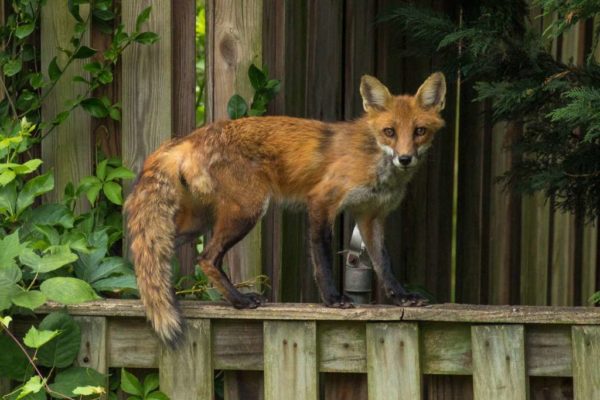 An angry fox with a taste for human flesh is at large near a park popular with children.

Anyone who sees a fox fitting that description is asked to “call Animal Control immediately at 703-931-9241.”

The fox is not the only critter menacing the denizens of Arlington’s northern neighborhoods. There have been multiple reports of sick and potentially rabid raccoons over the past few months.

More on the latest incident, from an Arlington County press release, below.

A fox exhibiting signs of rabies has been reported near Lacey Woods Park.

Monday, May 10, between the hours of 3 p.m. and 5:30 p.m., Arlington County Animal Control and the Arlington County Police Department received complaints about a fox aggressively approaching people and dogs around the 1100 block of N. George Mason Drive, the 900 block of N. Frederick Street, and on the Custis Trail between N. George Mason Drive and N. Harrison Street. The incidents are believed to involve the same fox.

The fox had potential contact with two domestic pets and bit two humans unprovoked causing injury. The fox was exhibiting signs and symptoms consistent with rabies. The suspect aggressive fox has not been located or captured.

Rabies is a disease that people and animals can catch from the bite or scratch of infected animals. It is fatal if medical care is not given promptly.

All residents are encouraged to:

Arlington County Animal Control is also urging residents to remain vigilant, and if they see a fox that appears sick, lethargic, disoriented, or aggressive to stay away from the animal and call Animal Control immediately at 703-931-9241. Do not attempt to haze or make loud sounds at the animal. Back away slowly while facing the animal at all times.

The County asks that pets and children are not outside unsupervised at this time.

If you come across a deceased rabies vector animal, including cats, dogs, foxes, raccoons, or groundhogs, in your yard or a public space, contact Animal Control promptly and do not handle the animal.

Bird lovers of all feathers can head to Bluemont this weekend for a morning of avian education and exploration.

The Wildlife Rescue League will also showcase some of its live feathered friends, including a blue jay named “Snafu.”

Arlington County naturalists Jennifer Soles and Ken Rosenthal are organizing the weekend event. Rosenthal told ARLnow on Monday that festival attendees have a chance to spot interesting birds because several species often flock to Lacey Woods Park, which he described as a “green oasis that will get the birds in.”

Last year, Rosenthal said attendees spotted a blackpoll warbler. These songbirds typically weigh less than an ounce but migrate over 1,800 miles across North America, according to the Cornell Lab of Ornithology, and 88% of blackpoll populations have died out in the last half century.

Many other birds that can be spotted in Arlington migrate between North to Central America — such as hummingbirds and osprey.

Soles and Rosenthal say all the printed materials for the event are in English and Spanish, but they are seeking one to two volunteers who can help translate some of the discussions on Saturday into Spanish.

Soles said these migratory birds “live half their lives in Spanish-speaking countries” and hopes that Arlingtonians with roots in Central American countries like El Salvador and Guatemala will attend the event and get a chance to recognize some familiar species.

“We sort of share these birds between us,” said Soles.

(Updated at 9:10 a.m.) Drivers and pedestrians should expect to see construction signs, crews and heavy equipment along parts of N. George Mason Drive and Washington Blvd near Lacey Woods Park through the fall.

No detours are expected while construction takes place.

Photo 1 via Arlington County, 2 and 3 via Google Maps 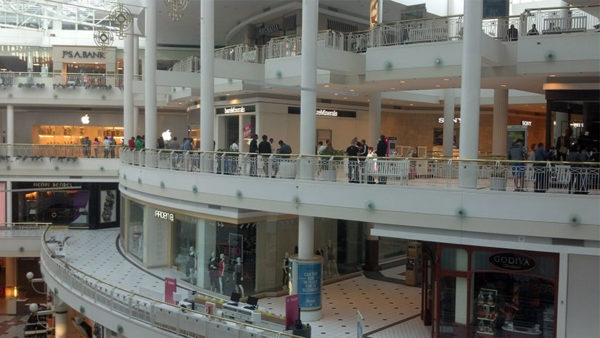 Reconfigured W. Glebe Road Intersection Considered — Arlington and Alexandria are considering moving the intersection of W. Glebe Road and S. Glebe Road in order to lessen congestion on Glebe near I-395. The proposal is now part of Alexandria’s long-range planning process. [Patch]

New Picnic Shelter for Lacey Woods Park — The Arlington County Board is scheduled to vote this weekend on an enhancement to Lacey Woods Park (1200 N. George Mason Drive). The Board will consider awarding a $341,000 contract to reconstruct the park’s 100-person picnic shelter. [Sun Gazette]

Moran Decries Proposed Cuts to Food Stamps — Rep. Jim Moran (D-Va.) says a Republican plan to cut nearly $40 billion from the Supplemental Nutrition Assistance Program will hurt low-income families and children and unemployed adults. Yesterday the House of Representatives passed the plan by a vote of 217-210. In his weekly newspaper column, Moran wrote: “it is disheartening to find House Republicans wasting valuable time on efforts to reduce food availability for the hungry instead of addressing urgent issues facing our nation.” [Falls Church News-Press]

Arlington Girl Raises Awareness of Rare Disease — A 5-year-old Arlington girl, who just started kindergarten at Abingdon Elementary, is battling a genetic, degenerative mitochondrial disease for which there is no known cure. Ellie McGinn and her parents have launched a campaign to raise medical awareness of the extremely rare disease. [Washington Post] 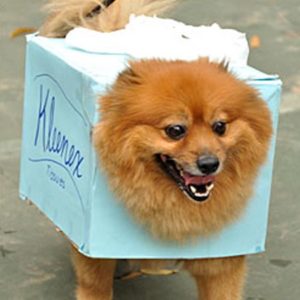 The event will be held on Saturday, Oct. 5 from 1:00 to 3:00 p.m., and will feature doggy competitions for: best kisser, most colorful pup, pet tricks, most adorable dog, best tail wagger, cutest costume, fastest pooch and Best in Show.

Ribbons and prizes will be awarded in each category. Best in Show will be determined by audience applause.

There will be also special games for dogs and their owners, plus stands for local vendors and organizations, such as the Animal Welfare League of Arlington. Those interested in having their pet participate can print out a registration form, fill it out, and bring it on the day of the event.

There are several interesting volunteer opportunities available around Arlington in the coming weeks. Among them:

Dogtober Day — The annual Dogtober Day event will be held at Lacey Woods Park (1200 N. George Mason Drive) on Saturday, October 6. Volunteers are needed from 11:00 a.m. to 5:00 p.m. to set up and break down, register participants, hand out prizes and help with dog games. For more information, contact Hadyn Kihm at 703-228-4724.

Language Teachers — Native Arabic speakers are wanted to lead a conversation group at the Central Library (1015 N. Quincy Street). The ideal candidates should be able to speak Arabic clearly and correctly, have an interest in meeting new people and be able to work both independently and as part of a team. Training will be provided. The sessions are tentatively scheduled for Saturdays from 11:15 a.m.-12:15 p.m., but could be changed to accommodate the group leader. Anyone interested can fill out the volunteer application online. Questions can be directed to Barbara Dean at 703-228-7688.

For more information about these or other opportunities, visit the Volunteer Arlington website.

Arlington is seeking up to 25 volunteers to help with set up, registration, ribbons and prizes, dog games, judges’ paper work and end-of-program break down. Anyone interested should contact volunteer coordinator Rhonda Nibert online or at 703-228-4724.

Although information for this year’s event hasn’t been placed online yet, the info page from last year’s Dogtober Day is still available.