(Updated at 2:20 p.m.) Patrons at nine restaurants in Arlington may have noticed new cocktail napkins and coasters with QR codes floating around last week.

These coasters and napkins are courtesy of Arlington County as part of its vaccination effort, county communications director Bryna Helfer tells ARLnow.

Scanning the code, patrons of Whitlow’s, TTT Restaurant and Ambar in Clarendon, Wilson Hardware, The Lot, O’Sullivan’s Irish Pub, Rebellion on The Pike, Caspi Restaurant and Lounge and Crystal City Sports Pub can schedule a vaccine appointment while sipping their drinks.

Across the country, governments and companies are offering prizes to people who get a shot. These bonuses, from the chance to win the lottery to free state park season passes and absolved parking tickets, have generated a lot of attention. The Biden administration is even encouraging states to offer prizes to draw attention to the vaccine.

In neighboring D.C., Mayor Muriel Bowser is providing cash incentives to people living in parts of Wards 7 and 8 with lower vaccine rates. Residents who go to certain clinics will receive $51 gift cards and can enter a drawing to win cars, groceries and Metrobus passes.

“We haven’t done those things, but we’re exploring and working to try to understand… what would motivate someone to get the shot,” Helfer said. “Sometimes it’s not incentives — it’s fear of shots or it might be something else.”

Coronavirus cases have dropped significantly in Arlington, to around just one per day. Nearly 60% of all Arlingtonians have at least one vaccine dose, while 52% of the population is fully vaccinated, according to Virginia Dept. of Health data. Compared to its neighbors, Arlington’s rates are higher than the city of Alexandria’s but lower than Fairfax and Loudoun counties.

“We have more of a vaccine uptick than a lot of other places, but that said, we have gaps,” she said. “We’re trying to launch outreach to 21 to 29-year-olds to see what’s holding them back and reaching out to people in the 22204 zip code and the neighborhoods along Columbia Pike.”

If Arlington could include doses administered by the federal government, Helfer estimates the rate of unvaccinated individuals would be closer to 30%, as many federal employees and military service members live in Arlington.

In addition to working with 35 pharmacies and offering daily clinics, the county is working with the Complete Vaccination Committee — a volunteer group established to raise vaccine awareness — and trusted partners, including faith groups, to draw attention to the vaccine and get shots in arms, she said.

Now, the county is leaning on those partners as it prepares to launch new outreach efforts.

This week, the county is planning to meet with nonprofits and Business Improvement Districts to see if it can “piggyback” on events such as outdoor movie screenings to administer more shots, she said. With 30% of the community left to vaccinate, Helfer said the county is entering a new stage of vaccine outreach: “field operations.”

Staff members have gone to diaper distributions and food banks with shots and volunteers have stood at busy corners near neighborhood clinics, telling passers-by that a shot is around the corner, she said.

Helfer noted that another partner, Arlington Partnership for Affordable Housing, has parked ice cream and food trucks at pop-up clinics near its buildings.

“People like the ice cream trucks,” she said. “It builds energy and attention. Sometimes that’s all people need.” 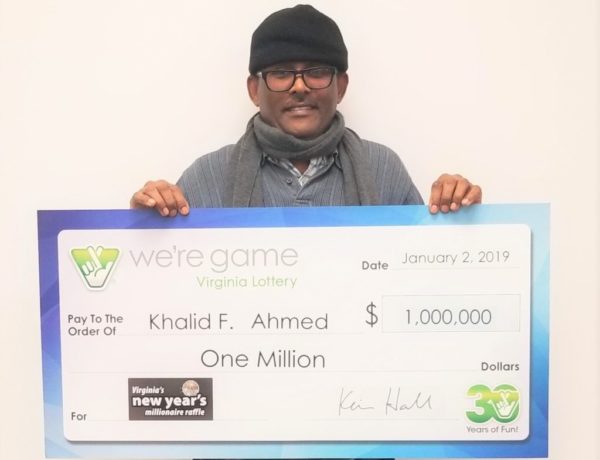 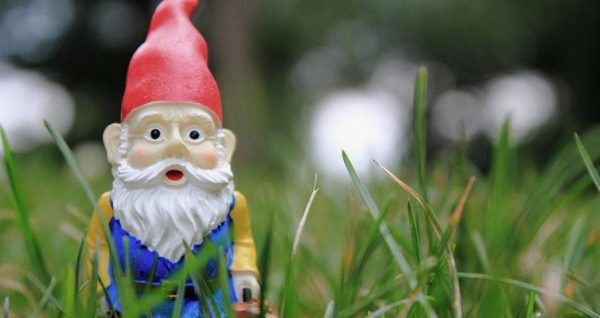 Forget about looking at the traditional ghouls and goblins this October. Sugar Shack (1014 S. Glebe Road) wants you to look for their goats and gnomes.

Starting Sunday and running through the month of October, the quirky critters will be hidden around the Columbia Pike area for a scavenger hunt organized by the donut store. Anyone who finds a gnome or goat can bring it to a Sugar Shack location to claim prizes. The breakdown of hidden objects and prizes is as follows:

Sugar Shack will post the full contest details on its social media on Sunday, along with clues about where searchers might find the hidden goats and gnomes. The hunt is also being conducted in Alexandria and the Shaw neighborhood of D.C., where Sugar Shack also has locations. (The three stores are owned by former state delegate Rob Krupicka.)

As part of the month-long Halloween festivities, the Arlington location also will host a family-friendly beer and donuts party from 5-9 p.m. on October 26, featuring Halloween-themed donuts, food and hourly prizes. 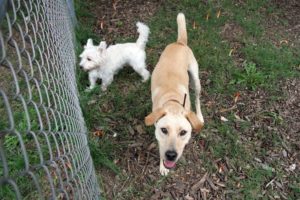 Looks like Saturday is going to the dogs. Animal lovers will gather at Lacey Woods Park at 1200 N. George Mason Drive for the Dogtober Day dog show.

Some categories for the show include Best Kisser, Best Tail Wagger and Best Costume. First, second and third place winners will receive ribbons.

This year the event also includes the “Barkers Bash” skills tests for dogs and owners. One of the games is called “Chicken Chase,” which is a toss and retrieve test with rubber chickens. First and second place finishers in the games receive ribbons and prizes.

Festivities start at 1:00 p.m. and last until 3:00 p.m. On-site registration starts at 12:15 p.m. The cost is $6 per category or $25 for unlimited categories. It’s $2 for each attempt in the Barkers Bash. Click here for a registration form. 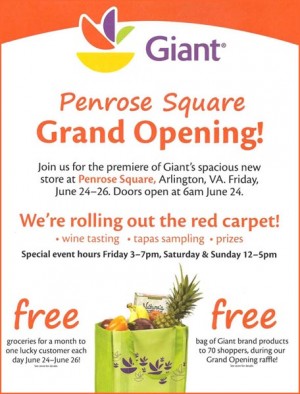 The new Giant food store in the Penrose Square development on Columbia Pike is “rolling out the red carpet” for its Grand Opening on Friday.

The grocery store will be offering wine tastings, tapas samplings and prizes to customers from 3:00 to 7:00 p.m. on Friday and from noon to 5:00 p.m. on Saturday and Sunday. Prizes include free bags of Giant brand products and free groceries for a month. 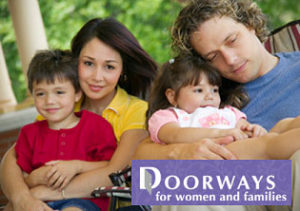 ARLnow.com has teamed up with our friends at What’s the Deal to support Doorways for Women and Families, which is trying to reach an important $100,000 fundraising goal by the end of the month.

With family homelessness at historic levels and incidents of domestic violence on the rise, Doorways has seen demand for its services rise in Northern Virginia.

For the next 36 hours, you’ll have the chance to make a small donation to Doorways while being entered into a raffle featuring more than 15 prizes from restaurants and other businesses around D.C.

Your raffle ticket purchase of $5 or $10 will help pay for Doorways’ domestic violence safehouse and court advocacy services, as well as its homelessness prevention efforts and emergency family shelter.

You can also check out the charities being supported by three other local sites — We Love DC, EatMore DrinkMore and K Street Kate — here. The charity that raises the most money (100 percent of the purchase price will go directly to the charities) will have their donations matched by What’s the Deal. 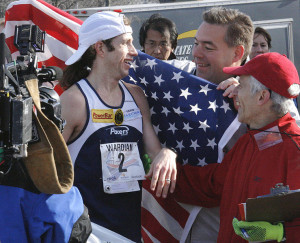 Arlington marathoner Michael Wardian has a couple of new medals for his extensive collection. Wardian, 36, placed third in the 50K World Championship race in Galway, Ireland, earning a bronze medal on behalf of the USA.

Just a week later, on Sunday, Sept. 4, Wardian won the Kaua’i Marathon in Hawaii. His time of 2:30:52 just barely missed the 2:30 mark, which would have earned him a $15,000 bonus prize. Another Arlington runner, Michael Zinn, placed 17th in the race.

Finally, on Sunday, Wardian placed third in the Parks Half-Marathon in Montgomery County.

Attendees (185 have RSVPed on Facebook) are asked to donate $5 and a canned or non-perishable food item at the door. The auction benefits the Arlington Food Assistance Center.

In addition to the 30 bachelors and bachelorettes being auctioned off, raffle drawings will be held for the following prizes: