Fish Kill in Four Mile Run Last Week — “Anyone visiting lower Four Mile Run in the last several days should have noticed many dead fish, large and small, along the streambank and floating out in the water, the result of a pollution incident that occurred some time Thursday, May 12.” [Four Mile Run Conservatory Foundation]

Rumor: Board Members May Not Run Again — “My spies in the Arlington Democratic infrastructure say odds favor neither County Board member up for election in 2023 actually running for a third term. And if Katie Cristol and Christian Dorsey do skedaddle (and just as they’d start earning some bigger bucks …), the field would seem to be wide open.” [Sun Gazette]

More Big Changes at DCA — “Reagan National Airport is about to go through a massive rebranding. Because of recent expansions, the airport will be split into Terminal 1 and Terminal 2. Terminal 1 will be the original airport building housing the A gates. Terminal 2 will house the newly named B, C, D and E gates. More than 1,000 signs in and around the airport will be changed starting June 4.” [NBC 4]

Wawa Coming to Falls Church — “Philadelphia-area convenience store chain Wawa is under contract to ground-lease the shuttered Stratford Motor Lodge site in the city of Falls Church, which it will replace with a roughly 6,000-square-foot store — but no gas pumps… The motor lodge closed last fall, the Falls Church News Press reported.” [Washington Business Journal]

Four Mile Run Dredging Approaching — “Alexandria and Arlington will start clearing debris and dredging Four Mile Run in September, and the project will close sections of [an Alexandria] park from the public for four to six months. The City and County maintain a shared flood-control channel in the lower portion of the nine-mile-long stream, and have partnered to dredge Four Mile Run since 1974.” [ALXnow] 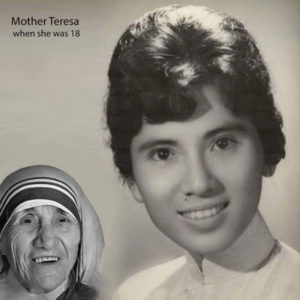 The internet has inexplicably confused Mother Teresa with a Vietnamese resident of Arlington.

A viral image that has been making its way around the web since January, mostly via email, purports to be a photo of the late Catholic missionary at age 18.

In actuality, it is an old photo of a local resident named Tran Anh Phuong, who died in 2008.

Prolific online rumor killer Snopes could only find a tangential connection between the two women: an obituary of Phuong that included a quote from Mother Teresa, who died in 1997.

“God’s Gift to you is the Gift of Life. What you do with your Life is your Gift to God.” — Mother Teresa.

Our beloved Mother, Tran Anh Phuong, passed away on April 20, 2008 after a long illness. She was the eldest child of Reverend Te Ngoc Tran and Mrs. Tot Thi Nguyen. She resided in Arlington, VA for the past 33 years.

Our Mother attended Southeast Asia Union College in Singapore, majoring in English. From 1968-1972, while raising a young family, she served as a Vietnamese instructor at Ft. Bliss, TX preparing military officers to serve in Viet Nam. After a 19 year career as Executive Assistant for the Commission on Engineering and Technical System at the National Academy of Sciences, she retired in 1992.

Minimal Snow Impacts on County Gov’t — This morning’s snowfall had little outward impact on county government operations. Trash and recycling collection is expected to proceed as normal, and scheduled parks and recreation events are also still on, according to the Arlington County government Twitter account. Street sweeping service, however, has been canceled.

Polly Captures Stacking Title Again — Arlington resident William Polly, 12, has captured the title of US Nationals Grand Champion in the sport of speed stacking for the second year in a row. Polly also set a world record for the “cycle” stacking event at the national competition. He will now compete in the sport’s world championship next month. [World Sport Stacking Association, YouTube]

Park Naming Rights Rumors — There are rumors that the county has been considering selling the naming rights to Arlington parks, or even selling park land outright. Those rumors are untrue, the county says. [Arlington Mercury] 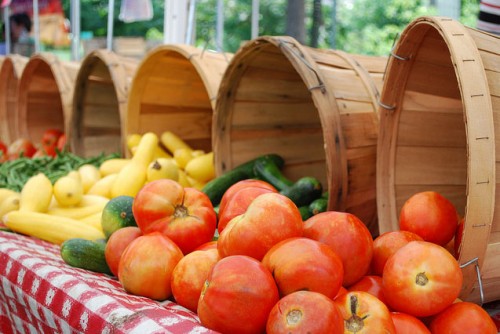 More on Bayou Bakery — On Tuesday we broke the news that David Guas finally picked out the perfect spot for his Bayou Bakery concept: the old Camille’s space in Courthouse. Now the venerable Tom Sietsema has scooped us and a half dozen other local reporters who had been waiting patiently for an interview about the Louisiana-inspired cafe. Guas tells Sietsema that the Bakery will serve breakfast, lunch and dinner and will feature, among other things “muffalettas, layer cakes, root beer floats, blue plate specials,” and a beer selection.

The End of Free Parking in Clarendon? — Starting August 31, the Department of Human Services parking garage in Clarendon will no longer be free to the public between 6:00 p.m. and 2:00 a.m. With DHS moved out of the building, a private parking lot operator will be taking over. Even though garage parking rates in Clarendon are reasonable, the loss of free parking could result in even more cars coming into the Lyon Village neighborhood looking for street parking at night. More from TBD.

More Trader Joe’s Rumors — That persistent rumor that Trader Joe’s will be coming to Clarendon? We’re now hearing it too. And for everyone’s convenience, we’ve picked out the perfect spot for a new Trader Joe’s. Check out the unoccupied 10,319 square foot retail space in the Clarendon Center project (space #9). It could be a great location for a grocery store, don’t you think? But a higher-up with the developer denied that Trader Joe’s has any plans to move in.