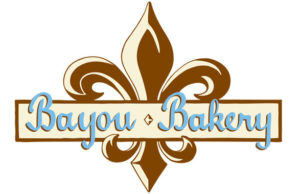 Big news. The space in Courthouse once occupied by the late, lamented Camille’s Sidewalk Cafe has a new tenant.

Culinary consultant and cookbook creator David Guas is planning on bringing a Louisiana-inspired “community bakery cafe and coffee house” to the space at 1515 North Courthouse Road, and he has applied for a liquor license to boot.

We’re working on gathering the details about the forthcoming Bayou Bakery, but suffice to say the name alone sounds mouthwatering.

Bayou Bakery just applied for a license to serve wine and beer. The form describes the restaurant of having a seating capacity between 1 and 100, which doesn’t really narrow it down much.

More info when we get it.

Update at 9:45 a.m. — As a commenter points out, Bayou Bakery was originally supposed to be the concept behind Northside Social. But a partnership between Guas and the owners of Liberty Tavern eventually dissolved, leading the Liberty Tavern folks to develop their own concept. Guas has been looking for a new space ever since.

Update at 11:15 a.m. — A representative of Bayou Bakery points out that the logo used for this story is an old one and will likely not be used for the new location.