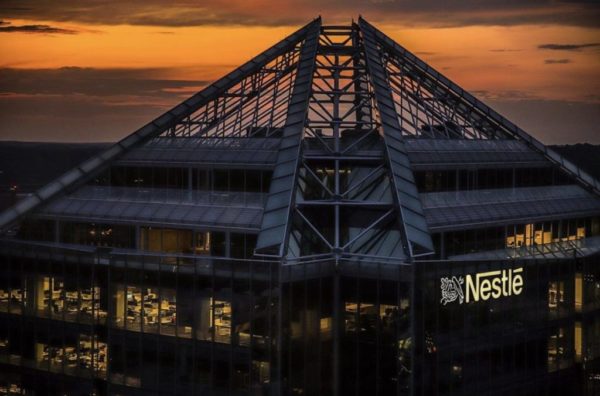 Arlington Is Top Destination for Young Adults — Arlington County is one of “the 40 places where young people are moving… based on the number of 18 to 34 year-olds who moved there in 2017 as a share of the total county population.” [USA Today]

Local Team Notches ‘World Series’ Win — “With their bats coming alive, the Arlington Senior Babe Ruth All-Stars improved to 1-2 in pool play Aug. 10 to win for the first time in the 15-under Babe Ruth World Series in Bismarck, N.D.” [InsideNova]

Why the Crashed ART Bus is Still There — Updated at 9:25 a.m. — “The vehicle at Columbia Pike and George Mason Drive can’t be moved until the building structure is stabilized. Once repairs are made to the structure, the bus & the other vehicle pushed into the building will be moved and County Police will finalize their investigation.” [Twitter] 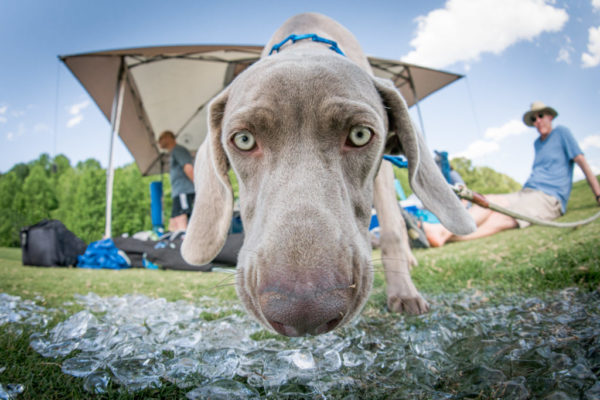 Feds Looking for Facility for Migrants — The federal government “has kicked off a search for a site in Northern Virginia to host one of several planned shelters for unaccompanied minors, part of the Trump administration’s answer to the ongoing immigration challenge playing out along the nation’s southern border.” While Arlington is among the jurisdictions included in the search, it’s unclear if the county has any site that would suit the requirements, which include 2 acres of recreation space. [Washington Business Journal]

Arlington Among Best Places for Young Pros — The website SmartAsset just ranked Arlington the No. 15 “city” for young professionals, ahead of D.C. (#21) but well behind Sioux Falls, S.D. (#1). [Thrillist, SmartAsset] 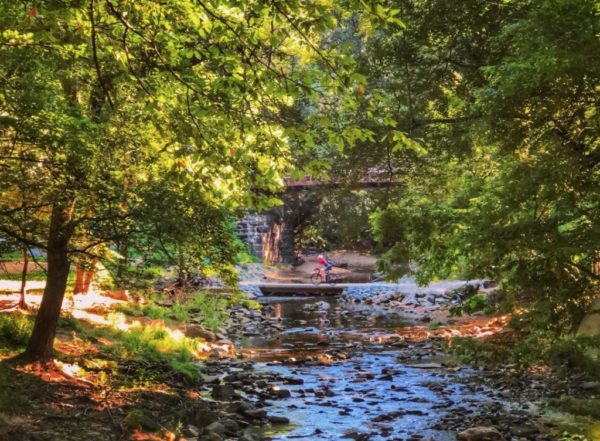 County Board to Vote on Arts Grants — “County Board members on July 14 are slated to approve $215,810 in direct support to Arlington arts groups for the coming year. The funding request, which is in line with those of previous years, comes from the Arlington Commission for the Arts.” [InsideNova]

New Building Sign in Rosslyn — The logo for the University of Virginia Darden Graduate School of Business now sits atop one of Rosslyn’s skyscrapers. The school recently expanded its facilities within the building at 1100 Wilson Blvd. [Twitter]

Local Young Professionals Spend Wisely — A “money diary” for a married, young professional couple in Arlington has none of the excesses usually found in the genre. Instead, the couple jointly makes $175,000 per year, plus bonuses, and spends it modestly on things like cheddar Chex Mix and a $1,600 per month one bedroom apartment. [Refinery 29]

New Look for Our Homepage — You might have noticed that ARLnow’s homepage has a new look. This is an interim step on our way to launching an entirely new website design. Please let us know what you think about it in the comments. Also, let us know if you find any significant bugs or problems, as we’re still working out the kinks.

Nearby: Dual-Use Path on W&OD Trail — “Within the next year, pedestrians and bicyclists will be able to use separate, parallel sections along the trail in the city of Falls Church.” [InsideNova]

Arlington is the second-best “city” in the nation for recent college graduates, according to the website NerdWallet.

Arlington County received high marks for “the environment offered for recent college graduates looking to get a foothold in the working world,” which factors in “jobs, age of the population, rent costs, median earnings and unemployment.”

Arlington was second only to Madison, Wisconsin, and ahead of Seattle, Minneapolis and Boston, which ranked No. 3-5.

Here’s what NerdWallet wrote about Arlington:

Just over the Potomac River from the nation’s capital, Arlington is part of the densely populated region known as Northern Virginia, or NOVA. Rents are the highest among the top 10 — a median of $1,844 a month — and third-highest in our analysis. That the median income is $75,025 doesn’t quite offset the cost of living: Arlington’s young professionals still pour about 30% of their income into rent. Where it thrives is the percentage of workers in high-paying management, business, science and arts occupations (topping our list at 68%), likely due to the large technology, government contracting and finance employers in the region.

“With employers reporting plans to hire 5% more graduates in 2017 than in 2016, it appears the employment outlook for recent graduates is on the upswing,” said a NerdWallet PR rep. “That’s good news for the city [sic] of Arlington.” 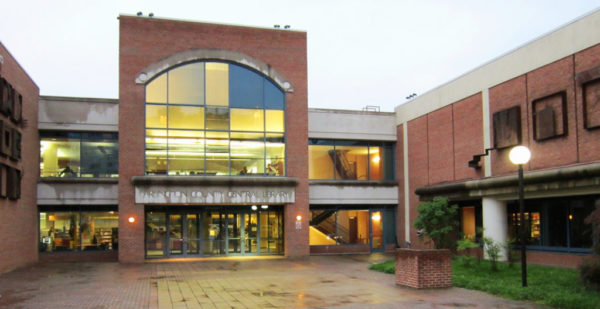 The annual “Late Night Recess” event is hitting the Arlington Central Library once again. This summer, it is set for Thursday, August 10, from 9-11:30 p.m.

Locals aged 20 to 39 are encouraged to attend, where they can mingle and make new friends at the library at 1015 N. Quincy Street. However, unlike previous years, the event is not limited to this age group and all adults are welcome.

“Bring your friends and your inner child for an evening of fun and games at Central Library,” the event’s web page says. “Play clothes, including sneakers or athletic shoes, are highly recommended.”

This year’s activities are likely to be remembered by many from their childhood, and include Twister, Nerf Tag, slime, face painting, hula hoops and jump rope. There will also be cookies, milk and smoothies to keep everyone’s energy levels up.

The event will begin in the library’s auditorium, but will eventually include most public areas in the building. Guests will also be able to check out books and sign up for a library card if they bring identification and proof of address.

We reported earlier this month that Punch Bowl Social was coming to Arlington. Now we know where it’s coming to: the renovated Ballston Quarter mall.

“Already a hit in other cities and a proven millennial magnet, Punch Bowl Social Ballston will include eight bowling lanes, one bocce court, three private karaoke rooms, a custom built 360 degree bar and various lounging and gathering spots — for groups both large and small — housed in an eclectic space melding mountain lodge, Victorian and modern industrial design themes,” the company said in a press release.

The elevated experiences that Thompson references are what have ensured Punch Bowl Social’s singular position atop the “eatertainment” industry’s leadership roster. As noted in a multi-page spread in Inc. Magazine’s December/January issue, Punch Bowl Social has “broken from the pack.” The article pays homage to the brand and to Thompson’s uncanny – one could argue unparalleled – ability to market to the often elusive millennial, now the country’s largest demographic and a group sure to descend upon Ballston Quarter.

Joe Boehm, Executive Vice President, Real Estate at Forest City Realty Trust, the development company behind the Ballson Quarter, notes that it was these very factors that drew Forest City to Punch Bowl Social. “The Ballston Quarter will offer an experience that is purposeful, thoughtful and uncommon,” Boehm said. “We support this goal by partnering with anchor tenants capable of delivering on this promise. Punch Bowl Social is an industry leader with a proven track record. But more importantly, it offers an authentic experience that resonates across demographic groupings, literally offering something for everyone.”

Punch Bowl Social has made a name for itself with its remarkably balanced execution of the eat, drink, play concept. The brand prides itself on its food-forward approach, with an inspired menu created by the company’s culinary partner, celebrity chef Hugh Acheson. Acheson, a restauranteur, cookbook author, Top Chef judge and James Beard award winner, leads the ongoing culinary direction of the growing restaurant concept while underscoring its commitment to a seasonally inspired, scratch kitchen.

(Updated on 12/6/16) Punch Bowl Social, a combination bar, restaurant, bowling alley and arcade targeted at the young professional set, is coming to Arlington.

The expanding chain, which has existing locations in Denver, Austin, Detroit, Portland, Cleveland and elsewhere, says on its website that it’s planning to open in Arlington in 2018. A D.C. location is also planned.

“Punch Bowl Social has eliminated having to choose between respectable food and beverage, and a great social experience,” says the Facebook page of one of the existing locations. “PBS brings ‘old school’ entertainment, culinary refinement and a modern beverage program under one roof.”

There’s no word yet as to where in Arlington Punch Bowl Social will be opening. “We don’t have any specific details to share,” a publicist told ARLnow.com.

Based on size, opportunity, timing and Metro accessibility, possible locations include the renovated Ballston Quarter mall, which will be reopening in 2018; a number of new and existing buildings in Rosslyn; and the still-developing and increasingly Millennial-oriented Crystal City and Pentagon City area. 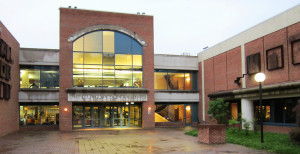 Activities include Twister, Nerf tag, fort building and something to do with bubble wrap.

“Bring your friends and your inner child for an evening of fun and games,” the event’s page says. “Play clothes, including sneakers or athletic shoes, are highly recommended.”

Alcoholic beverages aren’t allowed, however. The recess is free, but online registration is required.

Arlington Public Library is bringing back its “late night recess” for 20- and 30-somethings this summer.

The event lets young professionals have some retro fun, meet new people and discover everything else the library has to offer. This year, activities include Twister, Nerf tag, a dance party, building forts and something involving bubble wrap.

“Bring your friends and your inner child for an evening of fun and games at the Central Library,” the event’s web page says. “Play clothes are highly recommended, including sneakers or athletic shoes. This event is free, but registration is required. Please only register if you are between the ages of 20 and 39.”

Would-be participants can register online. As of this writing, 52 spots were still available.

Alcoholic beverages, it should be noted, are not allowed in the library.

Arlington County has been trying to figure out how to better reach out to the hordes of young apartment-dwellers who make up a significant portion of the county’s population, but who are usually nowhere to be found during community meetings.

“It’s not always easy to reach certain parts of the community,” Arlington Public Library Director Diane Kresh says in a new county-produced video (above). “We’ve tried several methods over the years — community meetings in schools, in community centers — and typically the same people would come out each time. So what we decided we needed to do was try something different.”

To help design events and services tailored to the elusive mid-20s to mid-30s professional set — dubbed “Metro Renters” — county staff is taking an approach called “Design Thinking,” which builds a needs profile through interviews with members of a given group.

“Design Thinking is a system of methods and processes that uses a designer’s sensibility to match people’s needs with what is feasible and viable,” explains Dept. of Environmental Services program manager Joan Kelsch.

Via interviews, the county developed the following profile of “Metro Renters.”

If you have first-hand familiarity with the “Metro Renter” set, how would you grade the county’s job of producing a broadly accurate profile of the average 25-35 year old Metro corridor renter in Arlington?