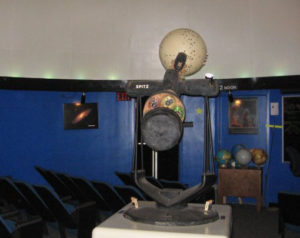 The David M. Brown Planetarium on North Quincy Street has hosted countless school children and at least one wedding over its 40 years.

Since Arlington Public Schools announced its plan to permanently close the planetarium one month ago, the family of the late Columbia astronaut David Brown, for whom the planetarium is now named, has spoken out against the closure.

And now a “Save the Arlington VA Planetarium” Facebook page has amassed nearly 2,500 fans.

Planetarium fans are expected to make their voices heard at a school board meeting scheduled for 7:30 tonight. It’s being held at the board room of the Arlington Education Center at 1426 North Quincy Street.