A Brinks armored truck guard was robbed in Crystal City just after 1:00 this afternoon.

Police say a man sprayed an unknown substance in a guard’s face as he was walking outside the truck at South Bell Street and 15th Street. The suspect grabbed a bag of money, got into a dark SUV with another suspect and sped off.

The guard did not require medical attention, police said. Another guard remained in the truck during the robbery, per company policy.

There were several witnesses who were interviewed by investigators.

The FBI is assisting with the investigation. The incident does not appear to be connected to an earlier bank robbery in Ballston. 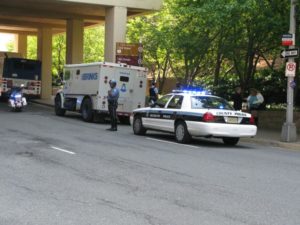 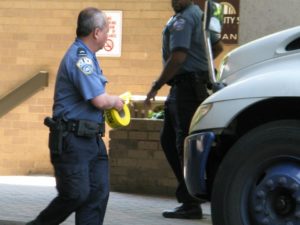 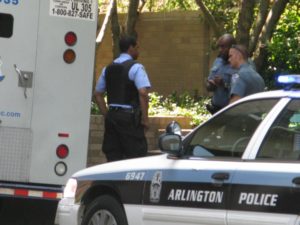 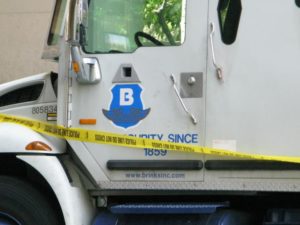