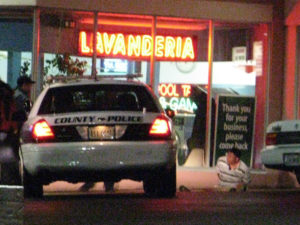 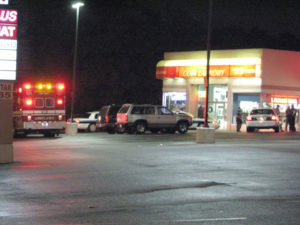 Police used a Taser on a man in the parking lot of the Arlington Coin Laundry store just before midnight last night. It’s the first known use of a Taser by Arlington officers since the April 30 incident at a Columbia Pike apartment building where a man died after being Tasered by police.

This latest incident happened at 4821 Columbia Pike, just down the road from April’s incident. Police had been called to the location for a report of intoxicated men trying to break into the laundromat. Shortly after police arrived an officer reported that a Taser had been used on one suspect.

Paramedics were sent to the scene immediately afterward to assess the man’s condition. They left after apparently not finding any life-threatening side effects from the electric jolt.

So far it’s not known what the man did to provoke police. It’s also not known whether he will face any charges.