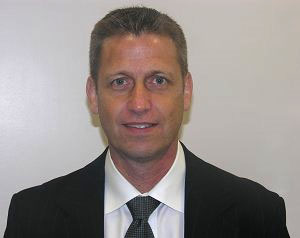 Willmore is a recent graduate of University of Virginia’s Doctor of Education program. He began his career with Arlington Public Schools in 1995 and has served as assistant principal at Wakefield since 2002.

Willmore is fluent in Spanish and has taught abroad.

“Chris has been a fixture in the Wakefield community for eight years, and during the interview process, Wakefield students noted that Chris knows them, cares for them and wants them to succeed in the classroom,” superintendent Dr. Pat Murphy said in a statement.

The Arlington School Board appointed Dr. Christian Willmore as principal of Wakefield High School at tonight’s meeting. Willmore has been an assistant principal at Wakefield since 2002. The appointment will be effective July 1.

“Chris has been a fixture in the Wakefield community for eight years, and during the interview process, Wakefield students noted that Chris knows them, cares for them and wants them to succeed in the classroom,” said Superintendent Dr. Pat Murphy. “As he transitions into his new role, Chris brings with him a wealth of knowledge and experience that will benefit the Wakefield students and community.”

Willmore began his career at APS in 1995 at Key Elementary School, where he taught third and fifth grade. He also assisted in developing APS’s “Global Village Summit” summer school program, served on the task force to redesign the Spanish immersion program at the middle school level, and led a staff development session at Escuela Americana in San Salvador, El Salvador.

Since then, Willmore has held a variety of positions including:

Willmore, who is fluent in Spanish, began his teaching career at Cardozo Senior High School in Washington, D.C., where he served as ESL chair. In 1997, he taught beginning and intermediate Spanish courses and the grammar component of the Spanish language track for the Master’s in international business program at the University of South Carolina. He has also taught internationally at the Instituto Tecnológico y de Estudios Superiores de Monterrey in Guadalajara, Mexico.

During his time at Wakefield, Willmore has supervised the special education department and the building and grounds committee as well as the Spanish immersion program. He has also assisted in the development of the school’s signature ninth grade program, Foundation for Academic Success.

“Chris has a varied degree of knowledge in education at both the K-12 and university levels. It is that broad range of experience that will help Wakefield students achieve at a high level,” said Murphy. He added, “Chris’s hard work and diligence have led him to this point in his career, and his impressive credentials and experience demonstrate his ability to become a successor to the continuing legacy of outstanding principals at Wakefield.”