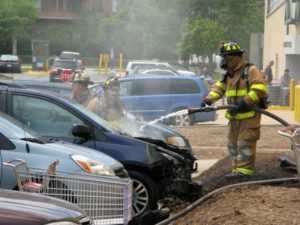 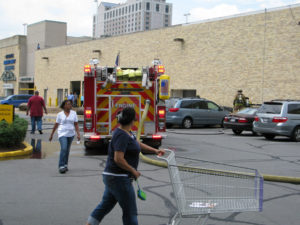 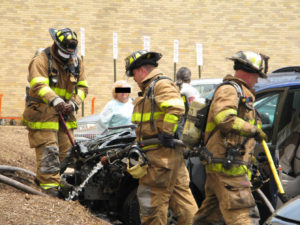 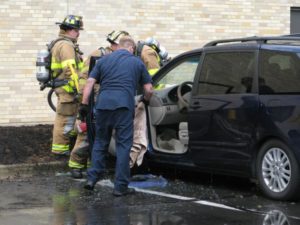 A minivan caught on fire in the parking lot of the Costco store in Pentagon City today. The vehicle’s engine compartment was fully engulfed when firefighters arrived around 1:45 p.m.

No one was in the minivan when the fire broke out and there were no injuries, we’re told.

The cause of the fire is unclear, but the minivan’s front end appeared to be parked over a pile of mulch. Firefighters hosed down the scorched mulch after extinguishing the flames.

Unbelievably, at a time when it seems like almost everybody has a video-capable cell phone, no one who was watching the scene unfold got video of the flames. Not even the half dozen Best Buy employees watching from the store’s loading dock. C’mon, Geek Squad, step it up. –Ed.

Update at 4:15 pm. — The excitement outside the Pentagon City Costco continues. An hour after the car fire, paramedics were called to Fern Street, in front of the store, for an accident with injuries. As they were working on a woman who had arm and facial injuries, a good Samaritan pointed out a man with who was lying unresponsive under a bench. Medics gave him an IV and brought him to the hospital. 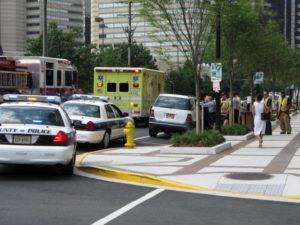 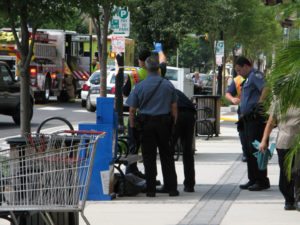