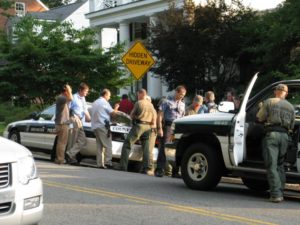 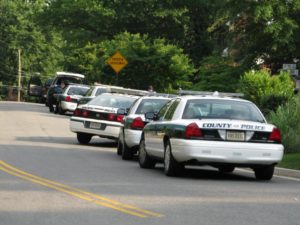 About 25 police officers and SWAT team members invaded a quiet North Arlington neighborhood Thursday night for what was thought to be a barricade situation.

It started when a man who recently split with his girlfriend posted something to Facebook that made her think he might be suicidal, police said.

The man has a law enforcement background and owns numerous guns. When police were unable to reach the man on the phone, they began preparing for a possible standoff at his home, near Marymount University and Washington Golf and Country Club.

As residents returning from work drove by slowly to see what was going on, sharpshooters and SWAT team members in camouflage tactical gear began to gather at North 25th Road and Vermont Street to go over a plan for making entry into the house. An unmarked mobile command center was also brought in for the operation.

With the road closed and all personnel in place, police finally moved in toward the house. Once inside, they discovered the man was not there. 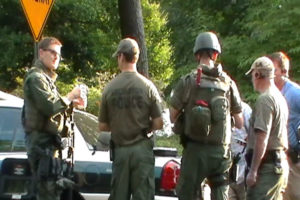 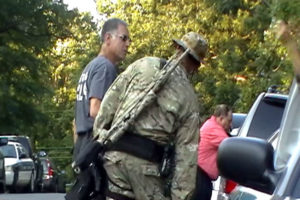 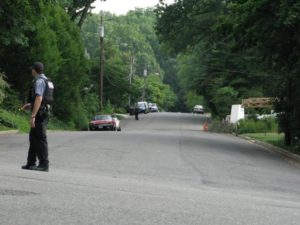 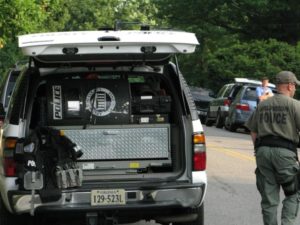