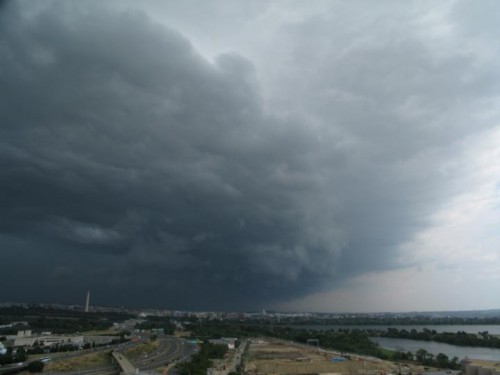 A strong thunderstorm brought high winds, stinging rain and booming thunder to Arlington and the much of the Washington metro area this afternoon.

At least eight cases of downed trees, branches and utility wires have been reported. More than 5,700 Dominion customers were without power immediately after the storm.

The following damage has been reported:

Here’s some video from the height of the storm in South Arlington.