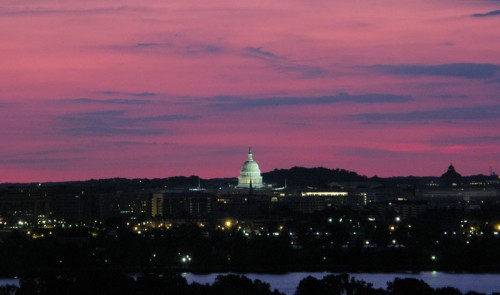 It’s July — After the hottest June on record in DC, we have finally reached the temperate month of July.

Virginia/WMATA Deal Imminent? — The Metro board of directors is holding an emergency phone meeting this morning to approve a last-minute funding deal with Virginia’s state government. Two weeks ago Gov. Bob McDonnell threatened to withhold $50 million in funding for the agency unless the state could get two seats on the Metro board. More from the Washington Examiner.

Lawmakers Blast Arlington Cemetery Mistakes — At a hearing on mismanagement at Arlington National Cemetery, Rep. Ike Skelton (D-Mo.) told Army Secretary John McHugh that he was “downright angry” about the mistakes that led to hundreds of misidentified or unmarked graves. “Management ineptitude and neglect has resulted in a web of errors,” Skelton said. “How in the world could this tragedy be allowed to happen?” More from NPR.

State Police Cracking Down for the Fourth — Virginia State Police will step up enforcement this weekend, Dr. Gridlock reports. Officers will be on the lookout for speeders, drunk drivers and people not wearing their seat belts.

Miss Virginia Overcame Speech Impediment — Caitlin Uze, the new Miss Virginia and a Washington-Lee High School grad, still has a bit of a lisp. But as a kid in Arlington’s public schools, her speech impeach impediment was much more noticeable, and it led to her being teased mercilessly by a bully. During her reign as Miss Virginia, Uze will use her experience to encourage kids to build self-confidence. More from the Arlington Connection.