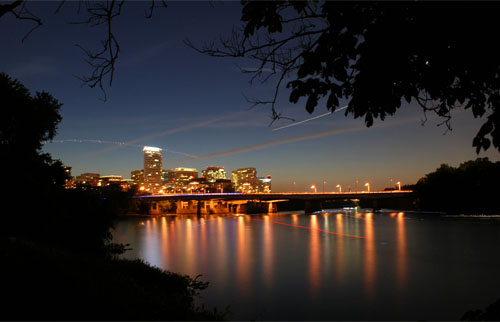 Arlington Woman Injured in N.Y. Police Car Accident — An Arlington woman was seriously injured while bicycling Monday morning in Whitney Point, N.Y. Police say the woman, 47-year-old Mary Smith of Arlington, ignored a stop sign and ran into a police cruiser that was turning left in an intersection. Smith hit the cruiser’s windshield and suffered head and neck injuries. More from WBGH in Binghamton, N.Y.

Another Arlington Cemetery Revelation — In 2008, an Arlington National Cemetery spokesperson was fired after she brought concerns about numerous problems at the cemetery to a top local Army commander, according to an internal document obtained by Salon.com. The revelation contradicts testimony by Army Secretary John McHugh, who told the House Armed Services Committee that Army brass was unaware of the severe mismanagement at the nation’s most sacred military burial ground.

Marine Corps Marathon Registration Still Available — Back in April, registration for this year’s Marine Corps Marathon sold out within six days. But in addition to the initial 30,000 slots, several thousand slots are still available for anyone willing to help out one of the marathon’s charity partners. The marathon provides bibs to more than 80 charities. Anyone who missed the initial registration can get a bib from one of the charities, in exchange for a commitment to meet certain fundraising requirements and goals.