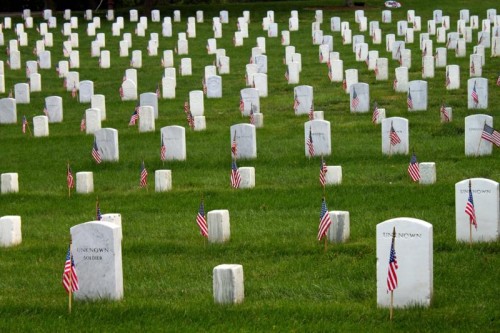 Army Chief Apologizes for Mismanagement at Arlington National Cemetery — Poor record-keeping and inept management has resulted in hundreds of misidentified or unmarked graves at Arlington National Cemetery, the military revealed. At a press conference, Secretary of the Army John McHugh apologized to families whose loved one’s final resting place was affected by the mix-ups. He also promised to reform the “dysfunctional” management culture at the cemetery. Two of the top cemetery administrators are being forced out as a result of the Army probe. More from the Washington Post.